We’re all trying very hard to succeed in this rough-and-tumble world of marketing. Sometimes, trying that hard leads to amazing innovations or brilliant creative leaps. But other times it leads to a brand planting their foot directly into their mouth. Those brand bungles are what we’re going to talk about today. Here are some of the biggest brand goof-ups of the past year—and what we can all learn from them. 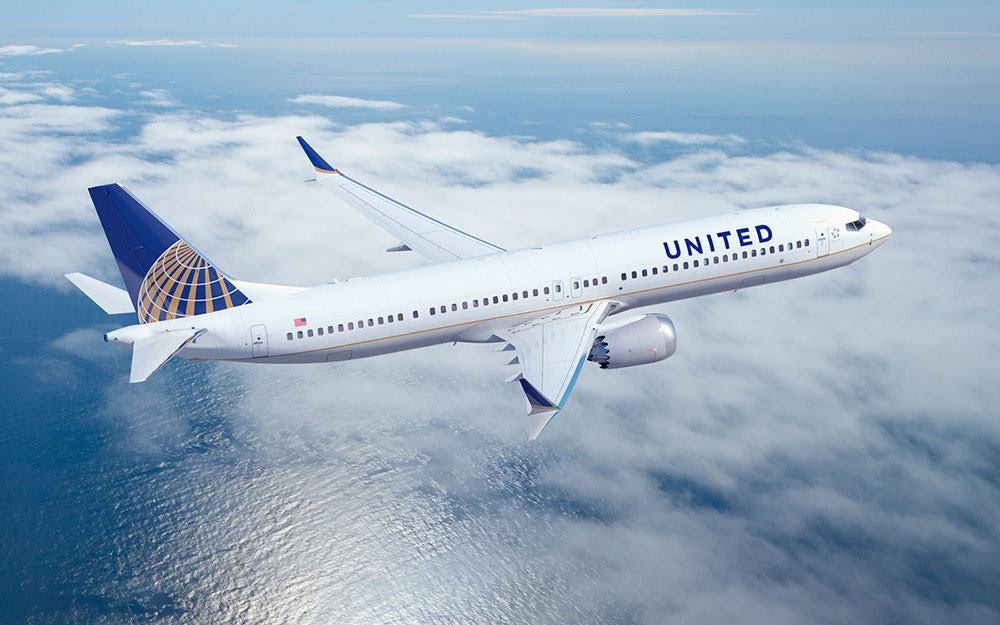 Airlines aren’t generally the most beloved businesses. But when one airline or another really steps out of line, well, the pitchforks come out. It’s hard to think of a bigger airline misstep in recent years than United Airlines’ rough spring of 2017.

Their first mistake came in March, when a United dress code came under scrutiny. Two teenage girls were prevented from boarding a flight—and a child was made to change clothes—due to the fact that they were wearing yoga pants or leggings as pants. United defended the decision, saying that the girls were “pass travelers,” taking advantage of a company benefit that allows employees and their dependents to fly for free on a standby basis. That benefit comes with a dress code, which the leggings evidently violated.

But despite the fact the controversy didn’t involve paying passengers, that didn’t calm the public down. Some said that the dress code was in and of itself sexist—it bans Lycra and spandex leggings, tattered or ripped jeans, midriff shirts, flip-flops, or any article of clothing that shows undergarments, but allows most men’s casual apparel. And although United tried to quell the furor via some pretty deft social media work, it didn’t really pan out.

If your business does something really, really stupid, it won’t matter whether or not it’s “standard procedure,” and even the best social media maneuvers won’t help. Be smart, and treat your customers well.

1.5) United Airlines’ war on their own customers

And then things got a lot worse (as this is definitely not a list you want to make twice). Just two weeks later in April, four passengers were “selected to be removed” from a United flight out of Chicago’s O’Hare International Airport to allow United employees to be transported to Louisville, where they were needed the next day. Three of the four paying passengers complied, but the fourth, physician David Dao, did not. After he protested and refused to leave the plane, Chicago Department of Aviation security officers wrestled Dao from his seat and dragged him off the plane; Dao was visibly injured in the fracas.

Once again, people were outraged. Only this time, United’s response was anything but deft. United CEO Oscar Munoz’s initial statement was met with ridicule as he referred to the incident as “re-accommodat[ing]” Dao and the three other passengers. Even more than the previous leggings incident, the re-accommodation heard ‘round the world was subject to a good roasting from all corners of the internet and beyond. Jimmy Kimmel, Conan O’Brien, and Saturday Night Live all took shots at United. All around, between these two incidents United spent about two months as the butt of every joke, and public perception plummeted.

Seriously, just treat your customers well. Why is this so hard? 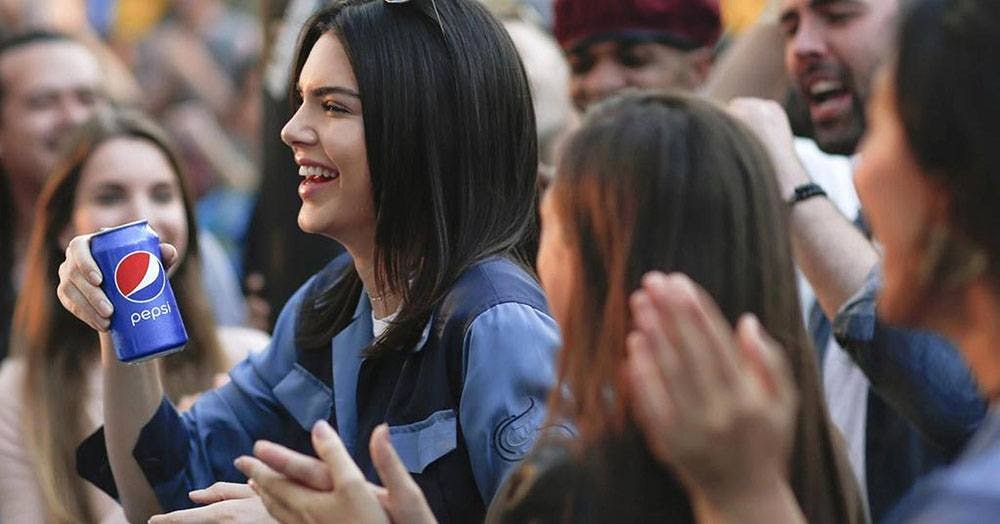 This was possibly the biggest brand fail not only of 2017, but of the decade. If you somehow missed it, Pepsi produced an ad depicting reality TV star Kendall Jenner abandoning a photoshoot to join a protest, and then successfully defusing conflict between protesters and police by handing an officer a can of Pepsi.

As you might imagine, people were unhappy. The first part of 2017 was filled with social movements and mass protests of all kinds, and it didn’t sit well with those involved that their struggle was being appropriated to sell soda. It was particularly (and understandably) panned among the African-American community, as the ad evoked not only the #BlackLivesMatter protests of the present day, but the civil rights protests of the 1960s. Probably the most poignant reaction was from Bernice King, daughter of Dr. Martin Luther King, Jr. Pepsi quickly pulled the ad in response to the backlash and apologized, but the damage was done.

If you want to participate in a social movement, that’s probably fine—for anyone you lose because they disagree with your stance, you’re likely to gain people who agree and value your brand’s support. But it has to be earnest support, not co-opting, and it can’t simply be a commercial that pays the movement lip service. Be real, or stay on the sidelines. 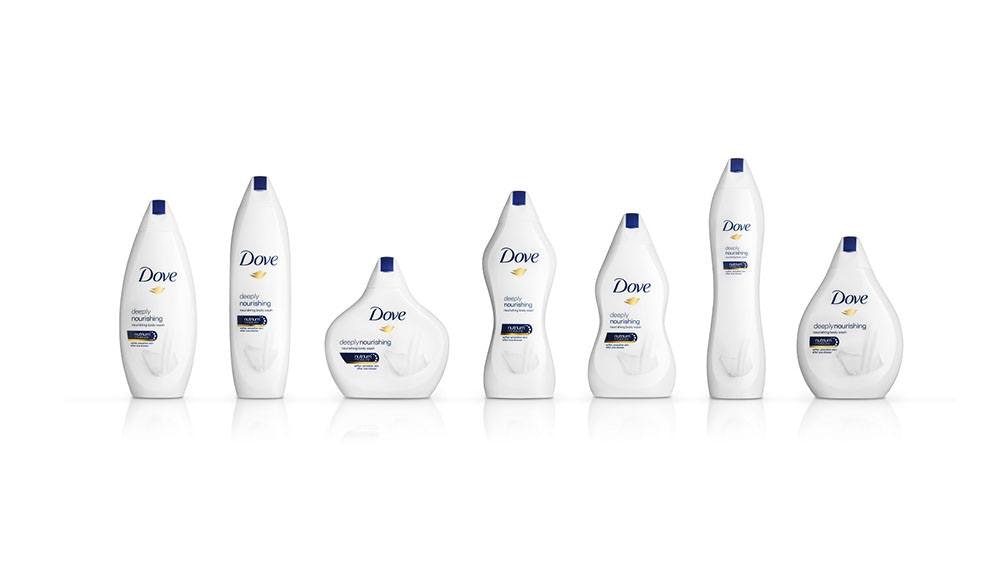 For years, Dove’s soap and beauty products have been a bright spot in an industry that isn’t always great at making people feel confident in their own skin. They were experts in the concept before “body positivity” was a phrase the mainstream understood. But in 2017, they put their foot in their mouth with a new campaign. They altered the shape of their plastic bottles to imitate the many body types of the typical woman, saying “just like women, we wanted to show that our iconic bottle can come in all shapes and sizes, too.”

The problem is that it was maybe a little too on-the-nose. First of all, women didn’t like the idea of being “reminded that [they’re] pear shaped,” as one Twitter user noted, and the unspoken pressure to pick the bottle shape that best fit the purchaser was extremely awkward for many. Additionally, noted Samantha Skey, president of digital media company She Knows Media, “it’s a change in tone for Dove, from ads that are almost painfully sincere and earnest, to something that could literally be a ‘Saturday Night Live’ skit.”

In short, as Angeline Close Scheinbaum, advertising professor at the University of Texas at Austin, said, “it doesn’t seem like this was a woman’s idea.” For a brand marketing to women almost exclusively, that’s a big problem.

Don’t assume you’ll get credit for being open-minded just because you make the attempt—if the execution is bad, you’ll get laughed at. And if you’re marketing to a specific segment, it’s a good idea to listen to those voices rather than guessing at (or assuming) what they want and coming off as tone-deaf. 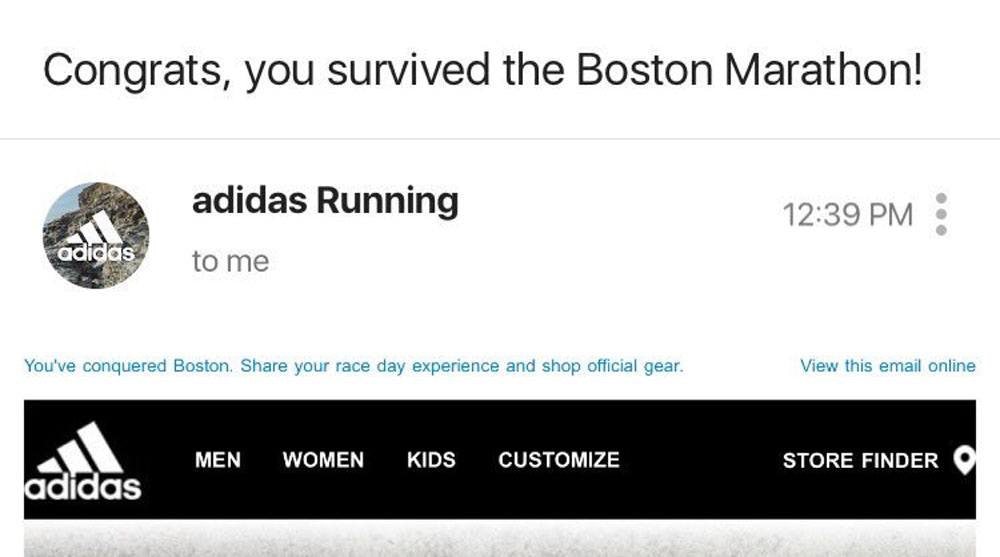 In most cases, congratulating someone for “surviving” a grueling physical test isn’t that big of a deal. It’s not meant literally, obviously, but it’s still perfectly acceptable. But when that arduous event is the Boston Marathon, just a few years after a terrorist attack there injured over a hundred participants and spectators and claimed the lives of three, it’s really not a good idea.

Unfortunately, Adidas did just that. As the race’s official sponsor, the athletic footwear and apparel company sent out an email with the subject line “Congrats, you survived the Boston Marathon!" to all participants—which just happened to include at least two survivors of the 2013 bombing.

Adidas apologized, and one assumes it wasn’t an intentional jab in reference to the earlier tragedy; rather, just a line someone wrote without considering the context and sent out without anyone catching it. But intentional or (probably) not, it was an incredibly insensitive thing to allow to happen.

Always, ALWAYS consider the context of your words and avoid obliquely referencing tragedy or disaster by accident. There is no such thing as a throwaway line—every word is important.

5) NPR reports on Ramona and some cats 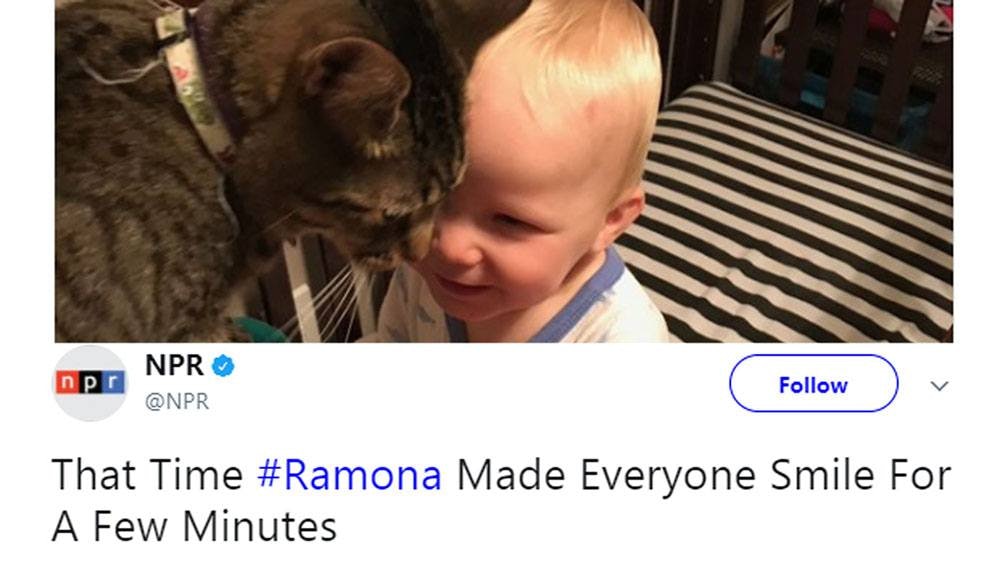 Let’s finish up with a brand “fail” that’s a little less of a bummer.

Every social media manager’s worst nightmare is posting something to the wrong account. When you’re managing a brand’s social presence along with your own, if you don’t double-check every single time you post, it’s a possibility. Posting a brand message from a personal account might make you look like a bit of a dork, but posting something personal to a brand account—especially if it’s vulgar or controversial—can lead to unemployment.

Christopher Dean Hopkins of NPR lived that moment of horror in October, when he accidentally posted something about a baby and a cat on the NPR Facebook page rather than his own. He quickly edited the post to note that it was an accident, but despite the fact that the original post was gone, the Ramona movement had taken off. There were hashtags—#ramonaupdates, #bringbackramona, #ramonaforever. There were comments and tweets and even a petition for more Ramona news.

As you can see in the link above, NPR leaned into it rather than moving on and pretending it never happened. The Ramona “incident” came at the end of a string of very bad days, following the Las Vegas massacre and the hurricanes in Puerto Rico, Florida, and Texas. People were looking for something to cheer them up, and they grabbed hold of the accidental good news with both hands.

And Ramona herself? Well, she has a cat now. So in the end, everyone won.

The minor, everyday mixups might make you look silly for a bit, but if they’re handled pleasantly, they can go from a brand fail to a fun and positive moment for everyone involved. Especially if cute children or animals are part of it.

Keep your house in order

You can pretty much always come back from a brand fail—after all, how many of these do you remember from just two years ago? But to paraphrase WOPR, the only true winning move is not to play. Be smart, and try not to put your foot in your mouth like these brands and organizations did in 2017. Learning from their mistakes and running a tight ship is the easiest route to a happy and low-stress 2018.