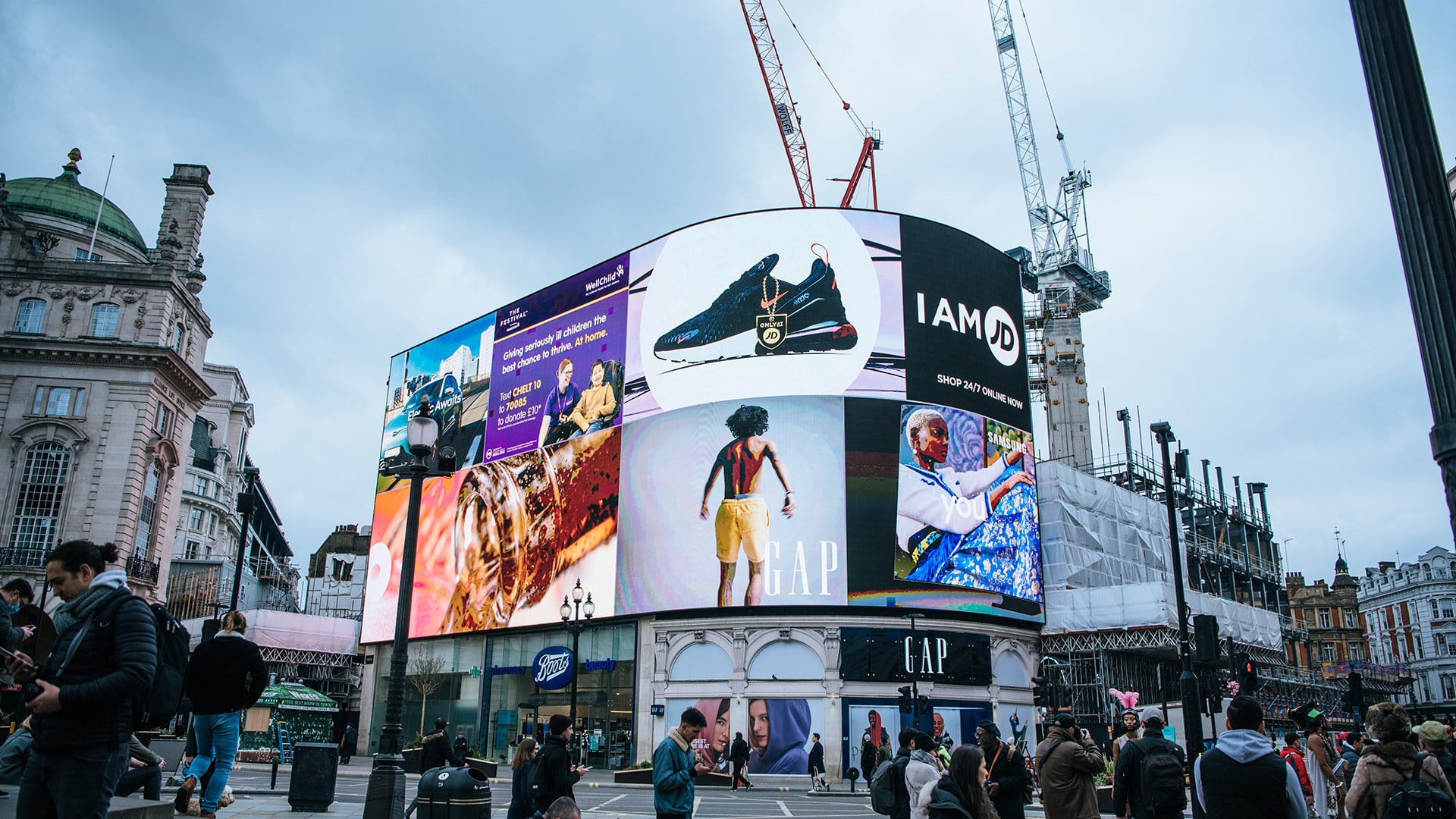 Let’s talk a little bit about “demand generation,” which will, in turn, have us talking about digital marketing. But then I’m going to pull a fast one on you and we’re going to be talking about something else. Don’t worry, you’ll keep up.

Demand Generation is a core component of business practice. I don’t need to tell you that. It’s about creating basic interest in your company or product. Some businesses have it pretty easy in the demand gen lane. You see a billboard of a great looking pizza on your drive home from work, suddenly: BAM. Pizza sounds great for dinner. Demand generated.

For other businesses, things aren’t that easy. There are a lot of reasons for this, which we’ll get into. But first, let’s look at what people generally think of when they’re thinking about demand generation.

What People Generally Think of When They Think of Demand Generation

In a lot of office buildings, whenever the words “demand generation” are uttered, it’s usually throwing up the Bat Signal to the digital team. What digital marketing strategies can we employ that will start generating demand?

Here are some of the most common:

Not only are these the most common…they’re also usually the only methods employed. And that’s ok—they’re common for a reason: they often work. Social media has stellar targeting that lets you put your content directly in front of the people who you actually want to see it. Emails get people to click. It’s why most of us get upwards of 10-20 emails from brands every day. And landing pages, when compelling enough, are usually enough to get someone to fill out your form to learn more. Does all that equal a sale? Well, eventually. Probably.

Except, try as many brands might, the results they get from these options just simply aren’t enough for them. It might be that the tactics just weren’t executed well. Or it could also be a few other things. Let’s talk about those.

Why Digital is a Good Idea—but Not the Only Idea

Digital marketing, including those things listed out up there, is a good idea. I mean, you’d have to be borderline foolish to not have some sort of digital presence as a brand these days. Maybe, in some small, quaint town, there’s a homestyle diner (unironically called a “Grille” with the added e) that gets by without any newfangled social media, thank you very much. But your brand is probably not that diner.

Why do we reach so quickly for digital? Because it’s the platform we feel like we have the most control over. It’s “owned” media, after all. We own it. We can do pretty much what we want with it—plus or minus some best practices. In general, it’s affordable. Promoted posts and proper digital ads are priced so that even the smallest shops (like our aforementioned grille up there, should they find need for it) can afford them. And they’re simple—at least compared to some other media types. With the smartphone you’re reading this article on right now, you can take pictures, video, edit them right there, and post something, then boost it. It might not be good, but it’s something. That counts.

But (you knew there was a but) that’s not the only method. And when I mentioned those “few other things” up there that may be causing your campaigns to not perform well? That’s it. A lot of brands rely almost strictly on digital marketing. That’s an option. But when it comes to general awareness—which is an absolute must-have for brands who are looking to generate demand…well…digital isn’t the end-all-be-all.

Being on a social media platform making the content mentioned above doesn’t mean you’re getting noticed. Similarly, your emails may just get deleted, and landing pages that just aren’t enough to get people to follow through. I have a brand of chili crisp that I absolutely adore—eat it on everything—but even I won’t open all of the emails they send me.

Those occurrences usually amount to two causes: 1) you’re in the sea of sameness. That means you look like all the other brands in your market, you talk like them, and you don’t do much to differentiate yourselves from them because we tend to associate being different as being bad. 2) you assume that the general population already knows you. You might be a household name, or you might at least be known by people who work in your field. But that doesn’t mean that other people, on the fringes, know who you are. In either case, we have an awareness issue.

Digital is great for when people are already familiar and interested. It’s not always great for getting attention.

When you sit back and consider it, digital real estate is pretty limited. It makes conveying a complicated message difficult—especially when you have three or four points you want to try to cover. You might want to touch on:

but the 6-10 words you realistically get in a very small banner ad simply doesn’t want you to (unless you opt for a headline like “More benefits than you can fit in a banner ad.” *shrugs*).

In an interesting coincidence, another media platform where you only get 6-10 words to convey a message is a billboard. People speed past banner ads faster than they do billboards, yet billboards are looked at solely as awareness plays. We expect a lot from the humble banner ad.

Remember the fast one I mentioned up above? If you’re still reading (bless you) here it is: the best way to get around the limitations of a digital demand generation campaign is to utilize a comprehensive, cross-platform, multimedia campaign.

Do I still have you? You’re still here, reading? Wow, thank you.

OK, so this comprehensive multimedia campaign. We’re not just talking for the sake of talking, here. We have a long-established relationship with a client of ours—Newmar Corporation, builder of some of the finest luxury recreational vehicles on the road—for whom we do just this. Let me walk you through just a handful of things that we do for them, and talk about why they’re able to complete a bigger picture of demand generation.

Let’s start with the ones we’ve already mentioned.

You can see we do everything I mentioned above for Newmar. But like I said, digital isn’t the only answer. And a lot of those things up there work because of the things I’m going to mention below.

There’s other media as well that—while we don’t employ them for Newmar—work just as well in conjunction with digital campaigns.

When consumers see a campaign in more than one place—in more than one type of media—it immediately makes it more interesting to them. Different media requires different tactics to pull it off, and that means you’re reaching them in a different way with the same message.

I do ramble on, don’t I? The TL;DR version of all this is if you find that your demand generation tactics aren’t working and you haven’t tried building your strategy outside the digital realm, broaden your horizons some. Your strategic and creative partners will be happy to think of a few suggestions.

Cy’s thirst for knowledge is never really satisfied. When he dives into a topic, he dives all the way in, past general knowledge and into the deep cuts no one else knows. That’s part of what makes him a talented writer, an interesting guy at parties, and generally a lovely human being.

Preparations for Onboarding a Marketing Partner

Hiring a Marketing Partner? Here’s Why Industry Experience Shouldn’t Be a Deal Breaker

What Does Campaign Testing Mean in Marketing?