Who do you think is the best sports team of all time?

Ask anyone and you’ll get a myriad of answers and detailed stats. They’ll mention MVPs, All-Americans, Players of the Year, and coaches. But the success factor that’s often overlooked is much less concrete than championships won, batting averages, or goals—it’s chemistry. Team culture. The relationship between the players, coaches, and team itself.

So, what do sports have to do with company culture? I’ll argue, a lot. In both cases, you have players that are working together to reach a common goal. Great teams find ways to win. And if the 1980 US Olympic hockey team taught us anything, it’s that culture can get you there.

Lesson 1: People Rally Together When There’s an Opponent

Whether it’s a cause, rival, or nemesis, people come together to fight the big something. In sports, it’s easy—there are hundred-year-old rivalries to lean on. In business, it’s a little different.

While there might not be longtime rivalries, I’ll bet you have a few competitors. For non-profits, maybe it’s a cause or a fight against something. Giving your employees a common opponent can really bring people together. Just like sports teams, your office is probably made up of people who come from diverse backgrounds, whether it’s economically, culturally, or ethnically. But if you can give them a common goal, suddenly walls break down and things start happening.

Which brings us to the next point…

The goal of sports teams is to win. Why shouldn’t business culture be the same? Whereas competitiveness is often seen as an advantage in the sports world, in business it can carry a negative connotation. It makes people uncomfortable. Suddenly, everyone gets this image in their head of coworkers throwing others under the bus to gain an inch. But healthy competition can help get the most out of individuals and teams. Remember, as we learned in Lesson 1, competitiveness against a common opposition brings people together.

One way to implement this idea of competition into your culture is to try to “win at everything.” At Element Three, we keep score for our business goals—team P&Ls, open book financials, new business, Addy Awards—as well as for fun culture events like kickball, chili cook-offs, and our summer all-company party (Summer Slam).

Don’t be afraid to embrace competition. At its core, competition is really just a challenge. And if business is filled with challenges, why not keep score? 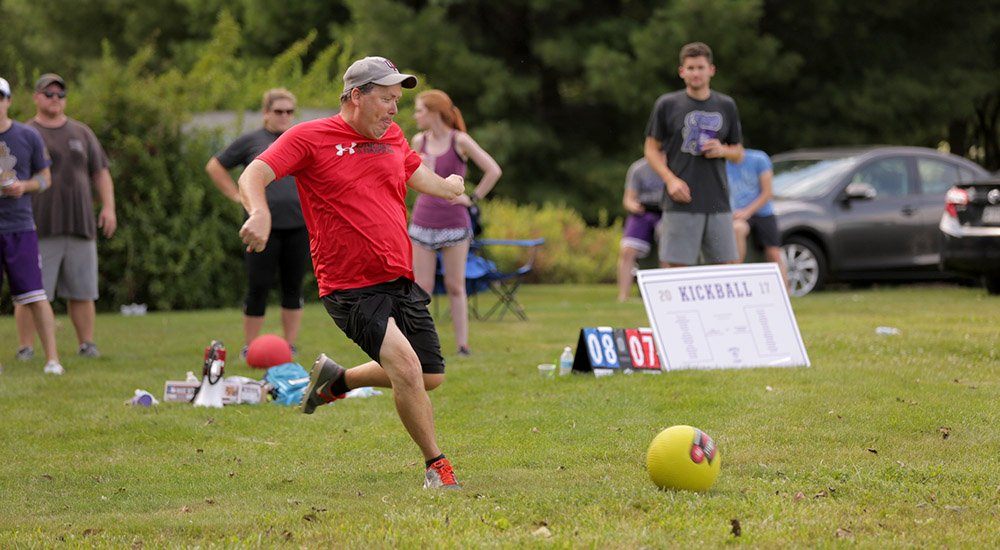 One of the most important attributes for any coach isn’t about the game at all, but rather finding the right players to fill the team. Sports analysts and fans alike obsess over recruiting classes, trades, and transfers. Coaches spend countless hours finding and recruiting the best players to add to their team. Business leaders, take notes.

I’m not saying all organizations hire any average Joe on the street. But between team goals and results, recruiting often falls to the back burner. The businesses that actively recruit and target top talent will find more success than their counterparts. And once you start building an all-star roster, others will want to be part of the team, too.

On the flip side, it’s important to remember that recruiting isn’t just about talent. It’s also about culture. If the person you’re hiring is going to screw up all the good mojo in the office, walk away. You don’t want a Johnny Manziel/Cleveland situation on your hands (sorry, Browns fans).

Lesson 4: Invest in the Gear

One of the coolest things about being on a sports team? The gear. Hands down. If you want your team to own your brand, spend some money on swag. There’s a reason teams have uniforms, and it’s not just for the referees. Giving your company its own brand or mascot helps drive and perpetuate a sense of unity.

As a marketing agency, we love swag. From kickball uniforms to employee onboarding kits, we use swag to make new E3ers feel welcome and included. Look like a team, play like a team. 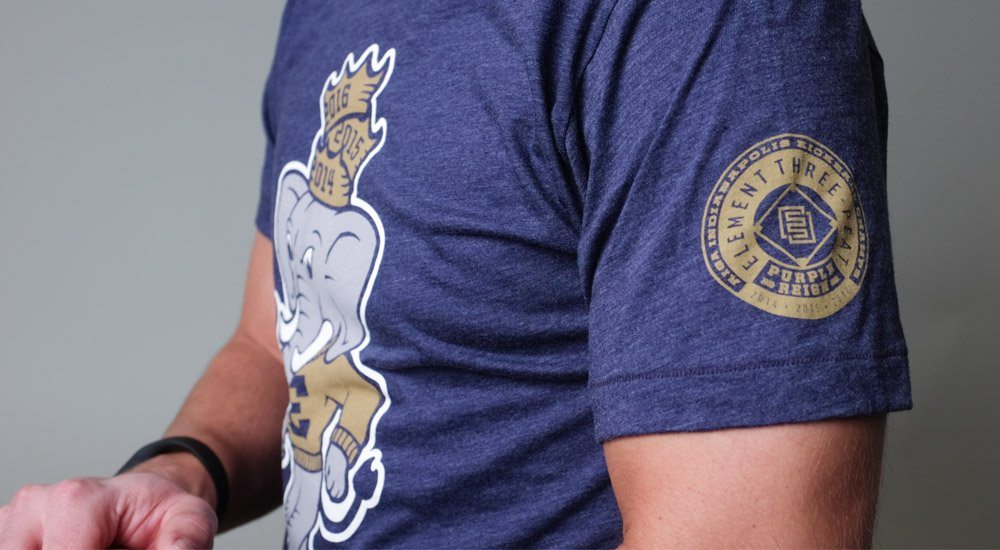 Watch some college football and you’ll notice many teams have stickers on their helmets. The trend started with Ohio State in 1968. It’s rumored that trainer Ernie Biggs came up with the idea—to award buckeye stickers for great plays—during the season to further motivate the team. The sticker trend became a huge hit and remains popular today.

What Ohio State did wasn’t anything extraordinary. It also wasn’t particularly expensive. It’s just giving recognition where recognition is due. In fact, employee recognition is strongly linked to employee engagement. The more an employee feels valued, the more they participate, and the better the culture becomes.

Over the years, Ohio State redefined what merits a sticker. Instead of awarding buckeyes solely for individual efforts like touchdowns and interceptions, coaches began giving away stickers to entire units. In fact, every team member gets a new sticker for game won.

At Element Three, our buckeyes are awesome blocks, sent to coworkers who embody our core values. We also celebrate one E3er who goes above and beyond our values each quarter, and celebrate as a team when the company hits our quarterly rocks. Knowing that employee recognition directly affects engagement, businesses that make it a priority often see improvements in culture. 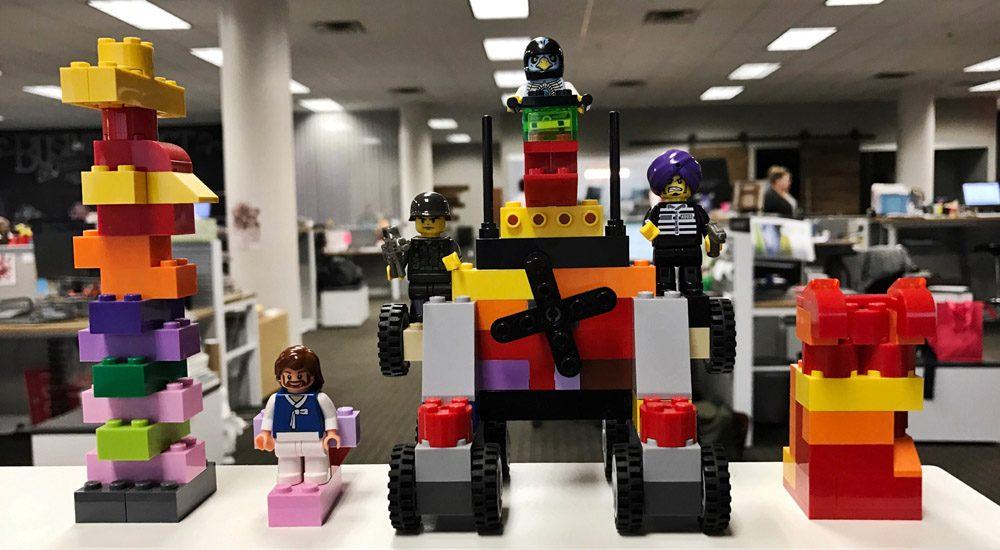 Awesome blocks (commonly known as LEGOs) are awarded to employees who go above and beyond our core values.

If you’ve ever been on a sports team (or any team, for that matter), you’ll get to know your teammates in a way their family or friends don’t. Each member of the team knows how their teammates play, what you should or shouldn’t say to them, and what their strengths and weaknesses are. Sometimes teammates can’t stand each other off the field, but they find ways to make it work on the field.

Better communication doesn’t just correlate to business success, but it also improves relationships within the office. One of our core values at Element Three is emotional intelligence. While this pertains to each employee—be in control of your emotions, know what you feel—it also relates to how you interact with others. Be aware of how your behavior impacts others. In short, know how to communicate with people. 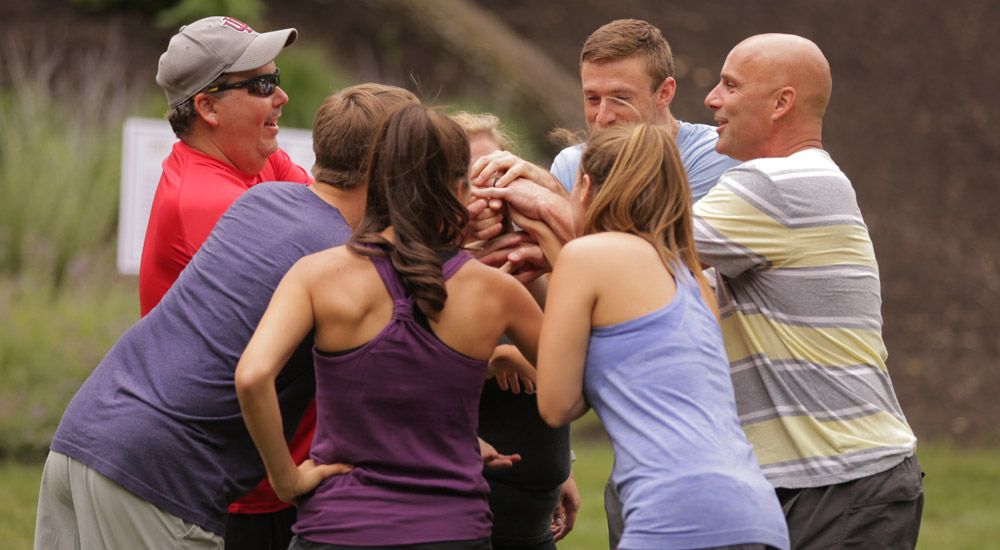 Growing up, sports was a big part of my life. Not only did playing teach me a lot about working with others, but sharing those experiences and going to games with my dad created a bond I’ll always value. Plus, when you’re part of a winning team, there’s nothing like it.

But despite the victories, one of the best things about sports is being part of something bigger than yourself. Working with your team, learning, improving, and overcoming challenges. It’s the culture, camaraderie, and time spent “off the field.”

Coaches know how important team chemistry is to success—it only makes sense to take some of those lessons, throw in your unique company brand, and recreate them in your business environment. Build the culture and create a place where employees love to work. The results will come.

And finally, to answer my first question in this blog post: the 1986 Boston Celtics—led by Hoosier Larry Bird—were the best sports team of all time.

Kevin Spahn comes from a gravel-road country home—but his design chops took him to a more urban setting. He’s been creating art since his youth, from miniature golf murals to corporate graphic design to his work as a Senior Brand Designer at High Alpha.