How Brands Can Be More Inclusive Without Being Phony

The concept of inclusivity and diversity can stop you in your tracks. We’ve all seen the Kendall Jenner Pepsi ad. We know how quickly users and consumers can spot inauthenticity, and how quickly they’ll dismiss it. We know what not to do. We know we have to do better. But how?

As a creative, I know this feeling well. You sit down to concept and a rush of 10 ideas floods your brain: the ads you’ve seen before and loved (whether you remember them or not), the ideas that depend on gimmicks and wordplay, and the ideas that fall back on stereotypes. There’s nothing wrong with having these ideas. In fact, you have to get them out of the way in order to get to the good stuff.

But this is what creating compelling communication is about. It’s pushing past the obvious to find the authentic, the interesting, the relatable, and the memorable. That’s our job, and that’s what makes our job exciting. So when I think about the task of making genuinely inclusive advertising content, I can’t help but feel it’s the same challenge by a different name.

Creating impactful advertising that contributes something to the world rather than adding to the clutter is always the goal. How do we get there? It takes a thoughtful effort and a willingness to push yourself and your own process.

Understand the importance of being represented.

I always come up with better ideas when I know the stakes. I work better under a deadline, with a standard I’m held to, and when I know lots of people are watching. That’s why I think it’s super important to back up and understand the importance of inclusivity before you start anything.

Some of us have always seen people who look like us in media and entertainment. Therefore, we might not inherently understand how validating it is to be represented. So many others have never, or very seldom, had this experience. And when they do, they realize what they’ve been missing. 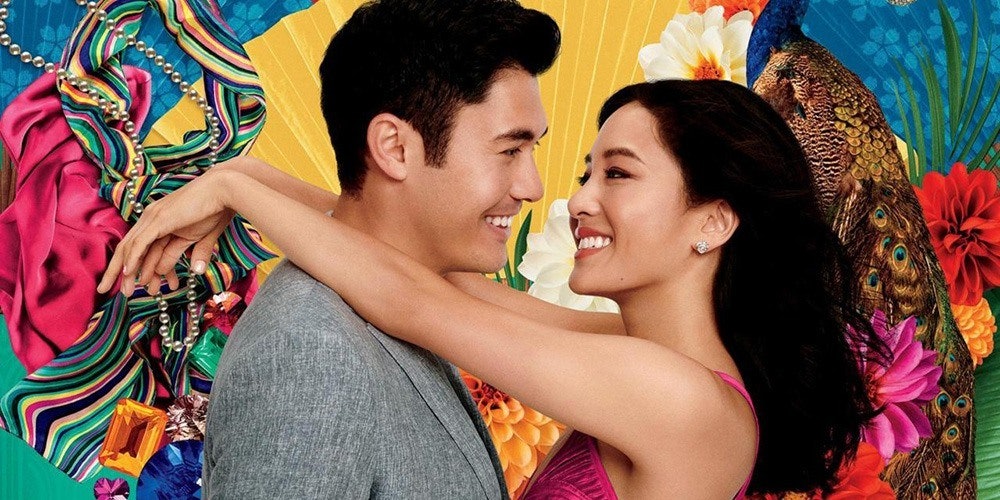 Take the release of Crazy Rich Asians. It’s the first modern day Hollywood movie with a nearly all Asian cast. It’s also a rom-com, which is a genre that has notoriously relied on clichés and stereotypical relationships. And while it’s been a critical and box office success, I think what’s more impressive is the effect representation has had on individuals.

Think about the ask there: to feel seen and human and validated. Then think about the reward, to have given that experience to people who’ll remember it and advocate for it. And think about how powerful that could be if it’s done by your brand.

Know your own why and find the people who share it.

Ultimately, the folly of relying on stereotypes comes from the pressure of mass appeal. But in reality, should mass appeal be your goal? The best connections actually come from a specific group of people who share your worldview, your values, and your passion.

That’s why—whether you’re thinking about your own brand story or you’re on a team crafting that story on a brand’s behalf—you absolutely have to get to know the “why.” Simon Sinek’s TED talk on this topic is an oldie but a goodie (top three TED talks ever). In it, he explains, “People don’t buy what you do; they buy why you do it. And what you do simply proves what you believe.”

So what do you believe? What are the values that really drive you? What are you passionate about? Why does your company exist? The better you can get in touch with this, the more genuine and human your story will feel. It’ll also help you define who are “your people”—the people who believe what you believe.

“Another way to think of the WHY is as a piece of a jigsaw puzzle. When you know what your piece looks like, it’s much easier to see where it fits or doesn’t fit,” Sinek says in his book Find Your Why.

Know where you fit, and it’ll become much more apparent who fits right along with you. Once you know who you are and why you’re of value, don’t be afraid to share that story. The people who relate to it are likely to become loyal for a lifetime.

Get to know your audience on deeper levels.

The funny thing about using traditional advertising stereotypes is that they’re so dated they hardly even reflect the experience of anyone today. That’s what the research is saying, loud and clear. So-called “nuclear families” don’t look the same as they used to. Values have evolved no matter where you sit on the political spectrum. The American dream itself has shifted dramatically in the last 50 years. 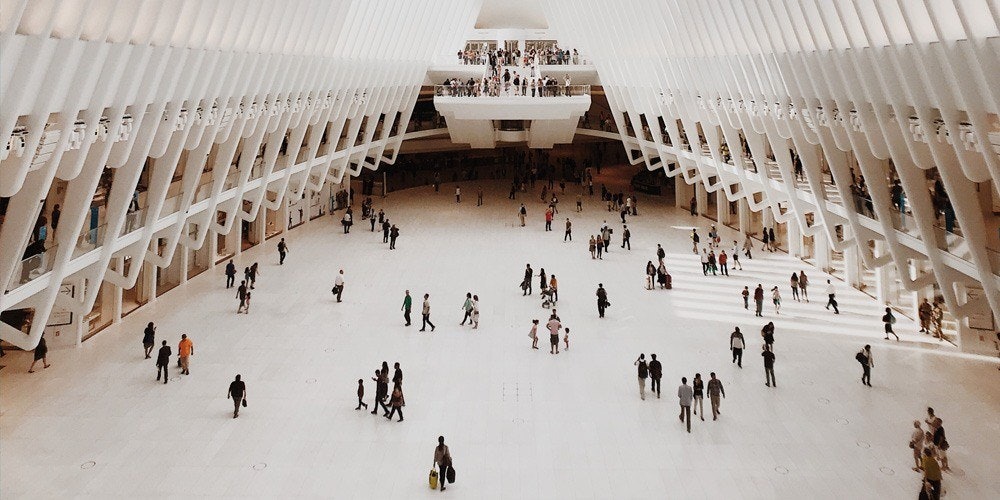 I think it’s important to understand the demographics of your audience, but I also think it’s important to dive deeper into their hearts and minds. If you know that the millennial generation is made up of 44% minorities, learn more about those minority experiences and how they’re affected by immigration policy and reform. If you know that millennials are traveling more in their younger years vs. waiting for retirement, go find out what they’re looking to see and what they’re eager to show their children. No matter where you dive in, just get deeper than numbers can.

How? I like long-form content like podcasts. This American Life has covered everything from refugees to family separation to women in politics. TED Radio Hour takes a TED speaker and interviews them for even further insight into their story. Conversations With People Who Hate Me started when YouTuber Dylan Marron decided to talk to the people who have left the most condemning comments on his videos. Call Your Girlfriend has challenged my views as a feminist and made me better understand and advocate for intersectionality.

Start somewhere you find interesting, and widen your purview from there. Because the more stories you have in your arsenal, the better you’re going to be at storytelling.

Let people tell their own stories.

More and more campaigns include documentary aspects and user-generated content. Letting people speak for themselves could be a great first step in ensuring authentic stories are heard from people of all backgrounds. I’ll jump back to Crazy Rich Asians for a moment.

Jenn Fang, the founder of Reappropriate.co—a blog about Asian American feminism—wrote a piece for the Washington Post in which she said, “Since the arrival of America’s first Asian immigrants, we have not been the arbiters of our own narrative. Popular culture has drawn upon racial stereotypes to portray Asian American as strange, suspicious and hopelessly un-American, and we have lacked the power to combat those images with media that defines ourselves for ourselves...the movie is a rare example of Asian Americans taking the reins to tell a story completely from our own perspective. It succeeds by drawing inspiration from our real lives.”

Letting people tell their own stories is rewarding as a creator, too. We’ve experimented with this with our own clients in the RV business by giving people the opportunity to take their first RVing trip and filming the whole experience. We can take the credit for choosing people with diverse stories to tell and giving them the platform to do it, but not much else. And that feels great. Because the resulting content is so much more powerful than anything I could have written myself. And I know that comes through to the viewer just like it does for me.

Build humanity and vulnerability into your internal culture.

Inevitably, having more diverse perspectives on your team will make you more genuinely well rounded. But I don’t think an inclusive culture is as simple as hiring people from different backgrounds. I think it takes more humanity than that. It takes finding the people who challenge your ideals in a way that makes you better. It takes elevating those voices so they’re heard at all levels of your organization. And it takes really getting to know each other. Create a culture in which people are encouraged to be vulnerable and open about their experiences and their opinions. Share your lives with each other. Get to know each other. Bring honesty into your core values, and don’t be afraid to relentlessly practice it. It’s playing the long game, for sure. But it’s worth it.

Our agency is led by a woman who believes in the power of this kind of transparency and vulnerability, and it shows. Each month, our company business review meetings include one employee telling their “Bold Story,” which is often a look into who they are and what they’ve been through. We take the “bold” part of that seriously, and I’ve learned so much about the people around me who are mothers, daughters, adopted, self-taught, faithful, survivors, and uniquely human in their own ways. Our bold stories have no doubt bonded us as a team, but they’ve also led to more thoughtful ideas and more genuinely compelling work.

In some ways inclusivity in the stories you tell is just the beginning. Plenty of brands are taking it to the next level by facilitating real change in the world, and it’s only garnering them even more goodwill.

In 2015 after the Charleston shooting, Google started a grant portfolio to fund racial justice nonprofits, and since then they’ve supported criminal justice reform in ways that still feel relevant to their brand—namely data gathering, research, and analysis that can facilitate action. Read their two-year recap here; it’s a good read.

I’m no inclusivity expert; just a writer who knows how magical authentic, well-told stories can be. And so if you ask me, the key is always going to be digging in, finding those stories, and letting them contribute to the world. I think if you do that work, you’re never going to be seen as a phony.

In college, Jess knew she wanted to work in advertising, but wasn't sure in what capacity. Dating an art director pushed her towards writing instead, and everyone at Element Three—not to mention Jess' clients—is thankful that's what she chose.

How to Develop a Brand Strategy

The 7 Critical Brand Touchpoints Your Marketing Has to Nail

What Do Brand Guidelines Include?

How to Create a Brand Identity