The truth is, 2017 was good for us. We grew at a faster pace than we had in the last four years—something that’s harder to do as you get bigger. And while becoming the largest agency in Indianapolis wasn’t necessarily our goal, it happened.

But just because a lot of things went our way doesn’t mean we didn’t struggle at times. Here’s what 2017 taught us, and where we’re going in the new year. While I’ll draw from our own experiences, if you work at or lead an organization experiencing high growth, I’m confident many of these lessons will feel extremely applicable. 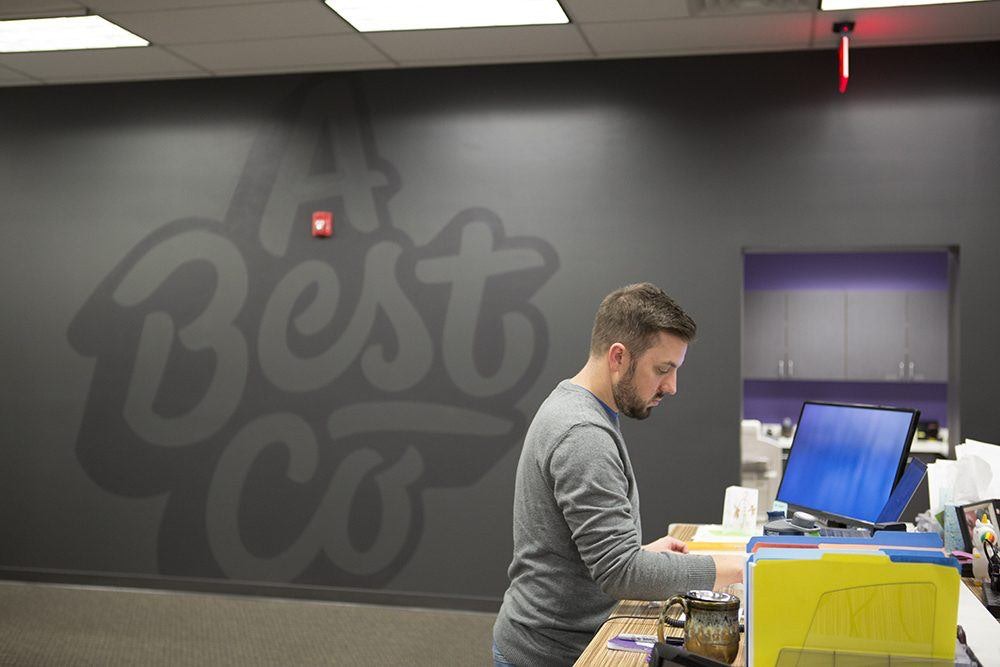 Growth Is a Known Pain

In 2017 we added 21 new employees to the E3 team. Twenty-one. For a company that now sits at 70 full-time employees (and counting), that’s a big number. But as a high-growth business, we planned on solving the challenges growth carries.

From an organizational standpoint, we dedicated a lot of time to process. But I’ll let you in on a little secret: formalizing processes alone doesn’t work. People won’t adopt them. We thought that just because we created the process documents and outlined a plan, that would prompt people to buy in. Turns out, old habits are hard to break.

Instead, we learned that you impact change by the questions you ask—not the processes you develop.

Send out a mass email with attached process documentation and no one will read it. Ask a person whether they followed the right procedure every time they have to do that procedure and suddenly habits begin to form. That person—because they want to excel at their job—starts to create checklists so they don’t forget anything. Guess what they’re voluntarily making? Processes.

Going forward, all of this doesn’t mean processes won’t be developed. But we’re not culturally going to change as a company until we start asking the right questions, and asking them often.

We often assume that when someone steps into a new role or you hire someone to join your leadership team, they’re immediately going to make an impact. It’s not true. This past year more than ever, we’ve become more patient and aware of how long it actually takes for new leaders to acclimate, excel, and then really start making a huge impact.

For us, it’s about a year. Even if that person has been promoted internally, they don’t completely understand their role and carry that swagger and confidence with them until much later. After seeing this happen again and again, it’s really not the person’s ability—it just simply takes time.

Data Measurement Is a Lot of Work

It’s easy to talk about wanting to measure all your data. It’s another thing entirely to do the hard work to make it a reality for your organization. There are so many posers and lazy people who think you flip one switch and out comes clean data.

This past year, we learned that you can’t just spend money on the systems—you have to dedicate the time to integrate them, do the work to encourage and enforce compliance and company buy-in, and then have the discipline to actually manage and make decisions based on what your new data is telling you. Everyone wants clean data. Not everyone is willing to put in the time and money it takes to get there.

What We Need to Do to Stay on the Winning Trajectory 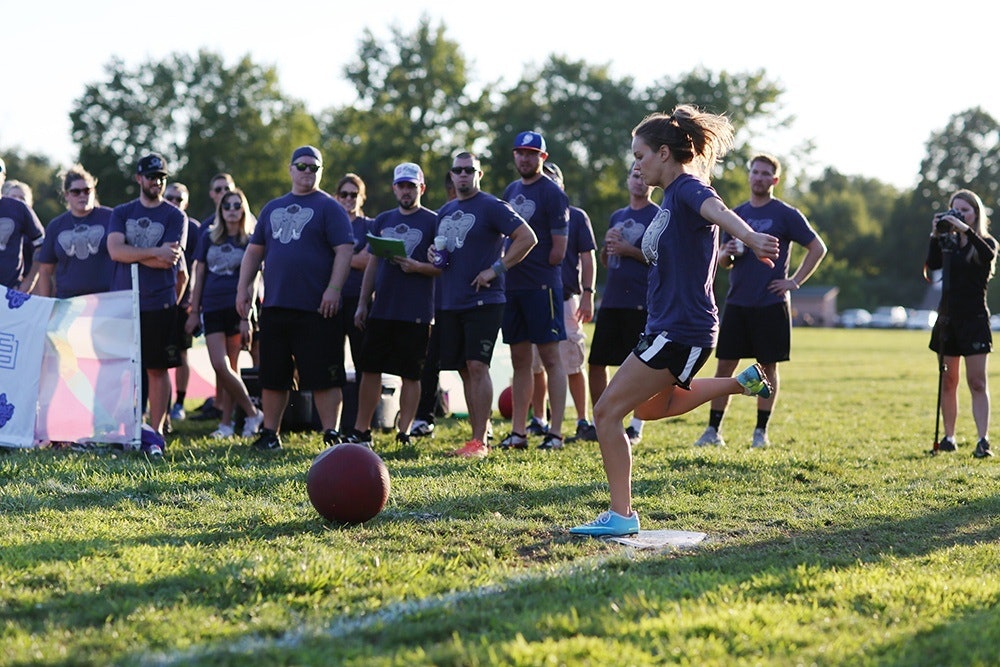 We know growth is a pain. When there are no lulls in the action, people get weary of the pace of growth. We have to figure out how to fight this feeling and keep people from getting tired in times of rapid change.

I don’t have a big solve for this (nor do I think one exists), but I think it’s going to be more like 37 micro-decisions that help alleviate the pain. Giving everyone Fridays off won’t magically fix things. But a combination of winning on the business side and investing in our employer brand and culture will get us heading in the right direction.

From Startup to Scaleup

When we were a 20-person agency, we all had to wear multiple hats—it wasn’t realistic to have someone that just did one thing. But as we go from startup to scaleup mode, we need to have the discipline not to ask people to extend outside of their role. Not because they can’t or aren’t capable. But rather so they can focus on being excellent at what they were hired to do. Having people straddle roles is neither sustainable nor scalable, which means we need to break the habit of asking others to do things that aren’t really part of their job.

Culturally, this helps people feel like they’re accomplishing bigger, better things as well. As high achievers, people start to feel like their chance of high-level success gets marginalized when they’re being asked to do 43 things, which can be demotivating. Giving them clear priorities can offset this.

On the leadership side of things, directors and executives need to be given time to actually do what their title suggests—management. When small discrepancies go undetected, they often turn into major problems. So as we scale, it’s management’s job to observe and fix smaller issues before they become a real threat to the business.

And finally, as we continue to hire new talent it’s critical that we understand the importance of a focused plan and delivering on our commitment and priorities every day. Success in business is never random, and we will fail if people continue to straddle roles and responsibilities. What worked for a small agency cannot continue to occur as we grow in numbers, services, and internal complexities.

From launching new products to reallocating budget and spend, it’s important to recognize where opportunities lie and how to lean into them. For us, this meant expanding our service offerings to where marketing is heading.

We know that paid media and video are exploding, which is why we brought them both in-house a few years ago. 2018 will be about growing these departments to be the best in the Midwest. We’ve seen other departments like creative and digital go through the same growth. Now it’s about repeating the process while also dealing with the change these departments create for people in the company. 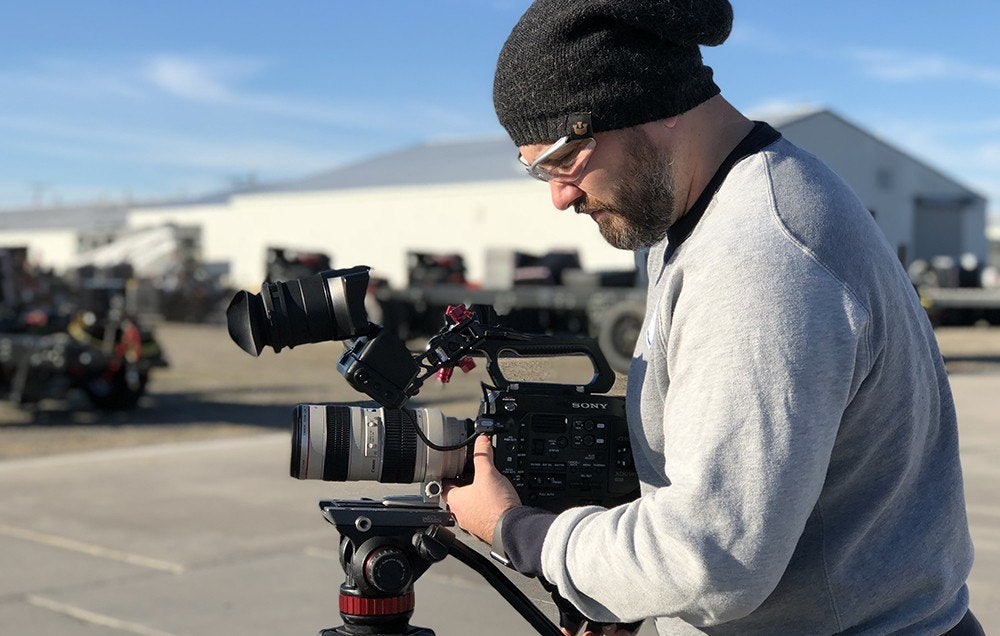 Prosperity is a terrible teacher. When everything is working, it can be easy to get caught up in the success, lose your edge, and grow complacent. But that’s not how you become great.

I truly believe that companies that are able to stay hungry and focused in an environment where they’re winning more than they’re losing will rise to the top. It’s about bringing it every single day, staying your own biggest critic, and simultaneously celebrating the wins you have as a company and as a brand. The moment you start seeing everything as good is the day you start to plateau. Don’t let that happen.

In 2018, we’re focusing on staying hungry. We hope you do the same.

5 Things You Can Change Today to Speed Up Your Marketing

Solving the Return to Work Puzzle for Small Businesses

Marketing Is a Practice, Not a Process

What Is Digital Transformation and Why Does It Matter?