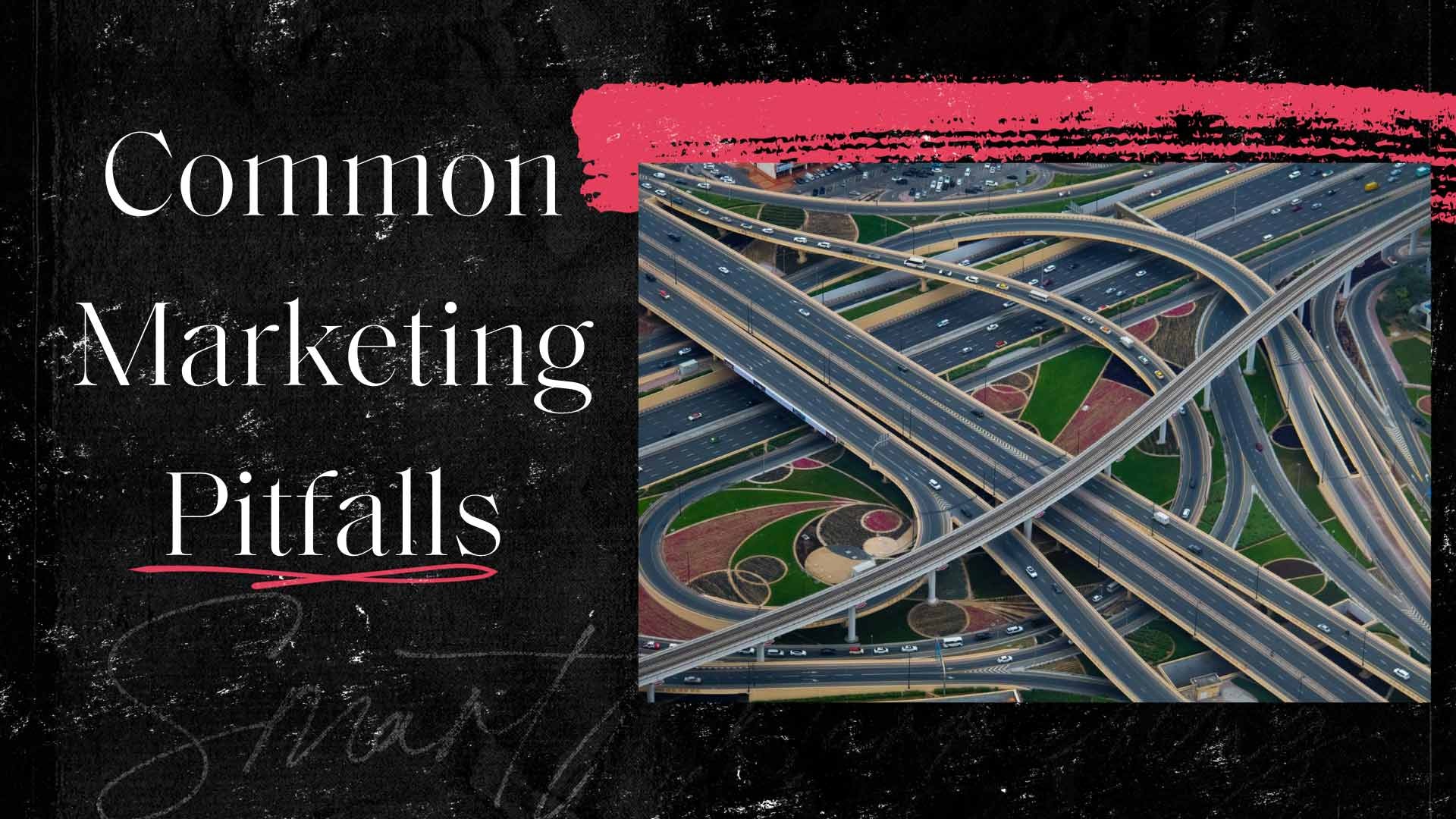 It’s time to start diving into the work of your new marketing engagement. You’ve set the proper expectations. You’ve built a successful foundation for marketing success. Now you’re ready to, you know, do some marketing. But what if it doesn’t work? What if something goes wrong?

Marketing is not one of those disciplines where you can just expect smooth sailing. Even the smartest marketers get things wrong—it’s just a part of the game that we all get used to. And that definitely goes for those who are just beginning a marketing journey. The important thing is to not panic; instead, learn what you can from each misstep, and take that new knowledge into your next campaign.

One thing that can help, of course, is to have an idea of what might go wrong before you start. Being able to keep an eye out for the possible pitfalls makes it a lot easier to avoid them. With that in mind, let’s talk a little bit about what can go wrong with a typical marketing engagement, and some ways that you can keep from having to deal with these potential issues.

We’ve already talked about how important it is to set proper expectations for your marketing team. That’s true in terms of the overall operations of the team, but it’s just as critical when you’re talking about an individual campaign or engagement. Before you start trying to craft an ad, you need to know what it’s expected to achieve.

But between the time a project is conceived and the moment it goes live, those expectations can change. That’s natural—marketing moves fast, after all—but it’s not ideal. It’s hard to hit a moving target. And if the results you’re looking for from a project change en route, the people who are working on delivering it to the marketplace need to know.

The more clarity there is around the expectations for any given marketing engagement, and the less those expectations can change during the course of the work, the more likely it is that the engagement will be successful. That means it’s important to think hard about the strategy before work begins and make sure it’s as solid as possible, so it doesn’t have to change later. And if things do change, communication is key. Because if the people who are doing the work don’t know what the work’s goal is, chances are the time, money, and resources devoted to that work will end up wasted.

When a leader sets a goal for a marketing campaign, or an ad, or whatever engagement they’re planning, they’re not really the ones answerable to it—at least, not the only ones. Those who are to execute the work are also going to be accountable for whether or not the project comes off as planned. They’re stakeholders in its success as much as anyone.

But a problem can sometimes arise when a leader doesn’t just set a goal—they also lay out the process by which that goal is to be achieved, without input from the creative directors or digital managers or writers or art directors who will actually be creating the outward-facing assets that will, to the audience, be the campaign.

This takes any burden regarding the project’s success off of the executors and puts it squarely on the leader. You can’t hold a team accountable for failing to reach the project’s goal if they follow the dictated process and it’s not effective. To some this may sound noble—taking the heat off others—but in reality, collaboration early in the process is the way to go. It’s more likely to lead to success. Asking smart people what the best way is to get from point A to point B means you’re more likely to actually turn up at point B, even if that brainstorming and concepting process takes some time.

This applies not only to a single engagement but also to your team as a whole. If you’ve built a team around one set of goals—for example, sales enablement—and then you pivot to goals that center on lead generation or brand-based marketing, your sales enablement team is going to struggle to achieve them. And it’s not going to be their fault, because they weren’t set up for success. When goals change, your team needs to change to keep up and ensure that they can actually do what they need to be able to do.

It’s easy to get overly excited and demand results fast. Marketing can seem like magic, especially after a few successes, and wins breed a desire for more wins. But rushing to get to the finish line can mean you miss a lot of things—and don’t end up actually arriving where you were trying to go.

Pushing hard for quick wins can lead to long-term problems. For example, a stakeholder might demand a big bump in lead generation now, so a marketing team jumps to it and gets into the work to try to push a lead gen campaign live. But that eagerness to have something out in the field means the pre-work isn’t done. The brand isn’t ready for prime time, so the quickly crafted ads receive an anemic response, and the number of leads remains stagnant.

The problem there isn’t that the ads weren’t “good enough.” It’s that they were rushed to market before the brand was ready to support them. Have you done the research to know what story the audience is most likely to be receptive to? Is the product or service positioned properly so that the right people will take notice? Our example team has no idea, because they were made to do work that wasn’t ready to be done.

Marketing can be both a marathon and a sprint, but if you don’t warm up before sprinting you’re likely to end up limping. Get the pre-work of brand building and foundation setting done first, and don’t try to skip straight to results.

Align the budget with the goals

This—marketing—is not a simple thing we do. Doing it successfully takes a lot of work, done by smart people. And that’s going to cost some money. For an executive-level stakeholder who isn’t seeing the work that’s put in, sometimes it might feel like money wasted, and often a decision-maker who’s a bit less experienced in marketing can be tempted to short-change the budget and try to get things done on the cheap.

But marketing investment is only really wasted when it’s spent foolishly, and trying to do things economy-style is a foolish expenditure. If you’re a global business that’s trying to reposition its product for its whole worldwide audience, that’s going to take a lot of work. If you try to get it done for $60,000, you’ll end up paying sixty grand for not a lot of results. A task that significant will require similarly significant investment.

When you’re determining what you’re going to try to accomplish, think about the budget you have available. If it’s rather modest, you might have to make some decisions about what can and can’t be done. The nice thing here is that since marketing success leads to increased revenue, accomplishing what you can on your more limited budget can mean that that budget can grow in the future. But don’t try to get a half million dollars’ worth of work out of $75,000. You won’t get what you want, that investment will be largely wasted, and nobody will end up happy.

Knowing what’s coming means you can evade it

Any time you begin something new, you can expect growing pains. Only really through trial and error can you become a true expert. But knowing about the potential pitfalls can certainly help you avoid them. Knowing about these four possible roadblocks doesn’t guarantee that your first marketing engagements will all go off without a hitch. But it does mean you’ll have a little less to worry about.