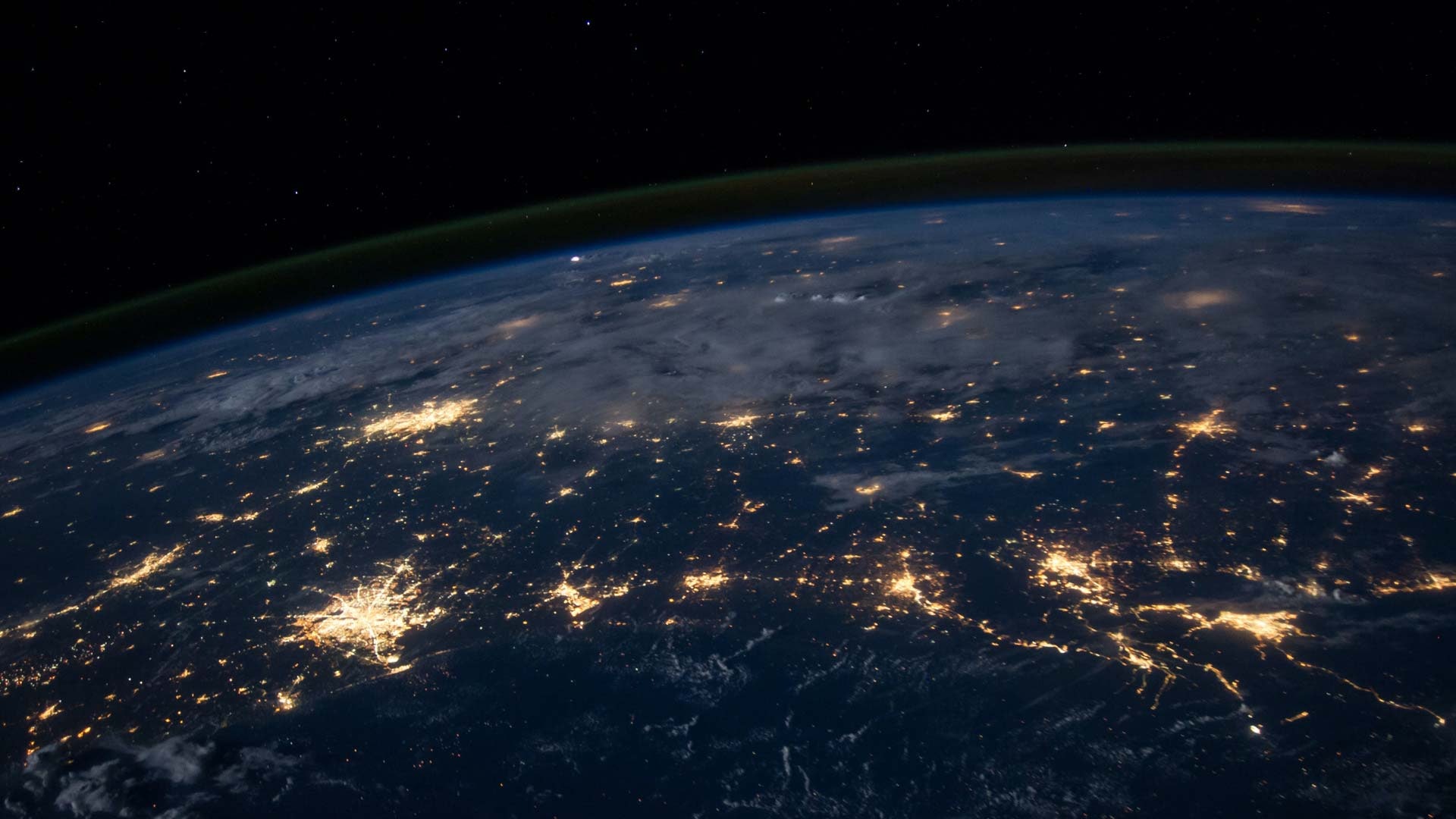 A year and a half ago, Google announced that they would be retiring third party cookies from their Chrome web browser by 2022. Despite the fact that others had already done this, the announcement sent shockwaves through the digital marketing community. As Google goes, so goes the world, and cutting out cookies means that tracking users, identifying them, and attributing leads and sales to specific marketing actions would all be made much more difficult.

We’ve already talked a bit about what cookies are, what Google’s decision means, and why it matters. Now let’s talk about what marketers should be doing about it. In this post we’ll discuss:

As marketers, we’ve gotten a bit spoiled when it comes to data. We have so much at our fingertips in today’s marketing landscape that a lot of times, we don’t even really know what to do with it. The odds are pretty good that no matter how much data you have available, you’re probably not using it all, and you’re almost certainly not using it all correctly.

Shifts between the high-precision data we have available today and the more directionally accurate data we’re likely shifting towards are not going to have as big an impact as you might think.

Be honest with yourself about how sophisticated your business actually needs to be. 1:1 targeting and pinpoint attribution are nice goals to strive for, but they’re really hard to achieve and really expensive too. And as you get more and more discrete, the returns diminish anyway. When you see an impressions number that’s down to the fifth significant digit rather than a rounded number, it doesn’t really have any meaning. Who cares about the 86th impression specifically when you’re generating 20,000 in a month?

On top of all that, the hyper-specific data you’re being sold might only be, say, 40% accurate. Especially for those of us who spend a lot of time online for work, Google and Facebook can get some pretty crazy ideas about what you’re interested in. That means someone like me might show up in a lot of audiences that I shouldn’t be in.

These are most assuredly not things that apply to my life.

We don’t need fifteen fields in a landing page form to know enough about our customers to effectively provide them with what they need and want. We need a good idea of our market share. Think directional, not pedantic. Use right-sized tools and data like surveys, user recordings, and leading metrics like click-through rate to inform what you do.

We all know that hyper-personalized and perfectly attributed ad spend is the pot of gold at the end of the rainbow, but even when it appeared to actually be attainable, the old stuff never left and never lost its influence. More traditional marketing methods are still very effective, and they benefit just as much from strong persona understanding and great messaging as our more “modern” digital tactics.

Again, think about things more generally—that is, in terms of audiences and personas—rather than specifically targeting individual people. Many of the tactics we’re used to are still going to be effective. Geo-targeting will get a little bit squishier than it’s been, but it is still worthwhile. And contextually targeting your ads based on interests will get you on the right domains, apps, or podcasts to make an impact.

Ad space is going to get more expensive, and soon. But that’s okay if you’re still driving value with it. If you understand things like a customer’s average lifetime value and the time involved in taking an individual from lead to opportunity to sale, you can start to build the right metrics to get enough visibility to know whether you’re moving in the right direction. And as cost per lead rises, get used to the fact that “as cheap as humanly possible” might not be the goal anymore.

If you’ve grown up online, this might hurt a bit. That data’s always been there for us, and it’s tough to see a world where it goes away. But just because everything has been attributable in recent years doesn’t mean that’s how it’s always been, and it doesn’t mean it has to be that way now. After all, billboards still exist. Traditional channels still work. Don’t be afraid of them.

In this context, first-party data is information that a consumer has shared directly with you, like a newsletter subscription form; while second-party data is shared from a single source in a 1:1 agreement, like buying a contact list. Third-party data is, of course, all the stuff we’ve been talking about losing access to as data privacy gains primacy.

First of all, think about the low-hanging fruit. If you’re not uploading the targeting data that you have to your ad platforms, you’re missing an opportunity. Email addresses are best, and more is better. This isn’t something that’s going to go away, at least not for a while, because it’s direct info that you gain access to because it’s volunteered. It’s basically telling your platform “I know this person and they said that it’s okay if I talk to them,” and that’s exactly what they’re looking for from advertisers.

Also, when possible, add offline conversions (that is, your sales or conversion data) back into ad platforms to improve training algorithms. This might take some help from a development expert, but it’s worth it. Essentially you’ll be telling Facebook or whatever platform you’re using “these are the people who buy from me,” which allows them to look at those people, see whether they’ve served ads to any of them, and then train the algorithm to serve more of those kinds of ads to more of those kinds of audiences.

This is all data that you already have, and that has been freely given to you. It’s only one or two steps more to really leverage it and get the most out of it.

How do we know whether marketing is working now?

So you’ve taken on these three strategic beats—is it having an effect? In the past, that question wouldn’t be all that hard to answer. We used to be able to look at a table and count leads and conversions; in an ideal situation there’s even closed-loop reporting where you have the whole story laid out in front of you. And we’re used to needing that.

Marketing as a department has always been on the defensive, trying to prove that it actually works. Most of us know the pain of having to fight for more budget, or having to go to war for the smart tactic or strategy. The numbers we’re losing a grip on used to be some of the most potent weapons in the battle to prove ROI. But if people really don’t believe it does work, maybe just turn it off and see what happens?

That’s a bit extreme, but at this point nobody who’s got any shot at success is questioning whether marketing investment is worth it in a serious way. You might still have to fight for one tactic over another, or for a little more money, but the existence of the form itself is not really at risk.

We do need to think about how we’ll report now, though. Because things will have to change. In the near future we’ll likely be reporting on leads from marketing in total, rather than by channel—partly because it’s getting harder to track because of the data issues we’re talking about, but also just because of the complexity of today’s buyer journey.

What we’re losing here is actually pretty isolated. On the awareness side, attribution has always been broader and harder to track—you can look for branded search volume and direct traffic, but not much past that. At the bottom of the funnel you’re still just looking for people searching for your keywords or your brand, so not much is changing there either.

The prospecting process is where most of the change and, therefore, issues will lie, and there’s just no good way around it. It’s not going to be impossible, though, because businesses like Google and Facebook simply have too much at stake. Marketers are going to have to get used to having open and honest conversations about what leading indicators would lead a smart person to believe marketing is working, and then leaning into measuring those. And we’re going to have to get comfortable with a little gray area between the high-level metrics and the actual sale—and this is something that we’ve been seeing for a while anyway in our own sales.

In the modern buyer journey, attributing a sale to one thing is almost impossible. People research more than ever before buying, and they touch so many parts of your marketing that it’s just hard to know what wins out. We’ll bring in prospects through marketing and then find out that two years ago they worked with someone who works at Element Three and they’ve stayed in touch—so does that become a referral? Does it dismiss the effect that marketing had? Should we even fret about it all that much?

The smart marketer’s next steps

Here’s what you should take away from all this.

Remember, your approach to the way these changes come about can be a competitive advantage for your business, or they can be an organizational threat. Don’t ignore what’s happening, but don’t overreact either. And above all else, because this is an environmental change, if you aren’t spending tons of time thinking about this yourself, it might be an invisible change to you. That doesn’t mean it isn’t real. If you’re coming at this from the executive level, talk to your digital marketing and paid media experts and see what support they need. It could make a huge difference.