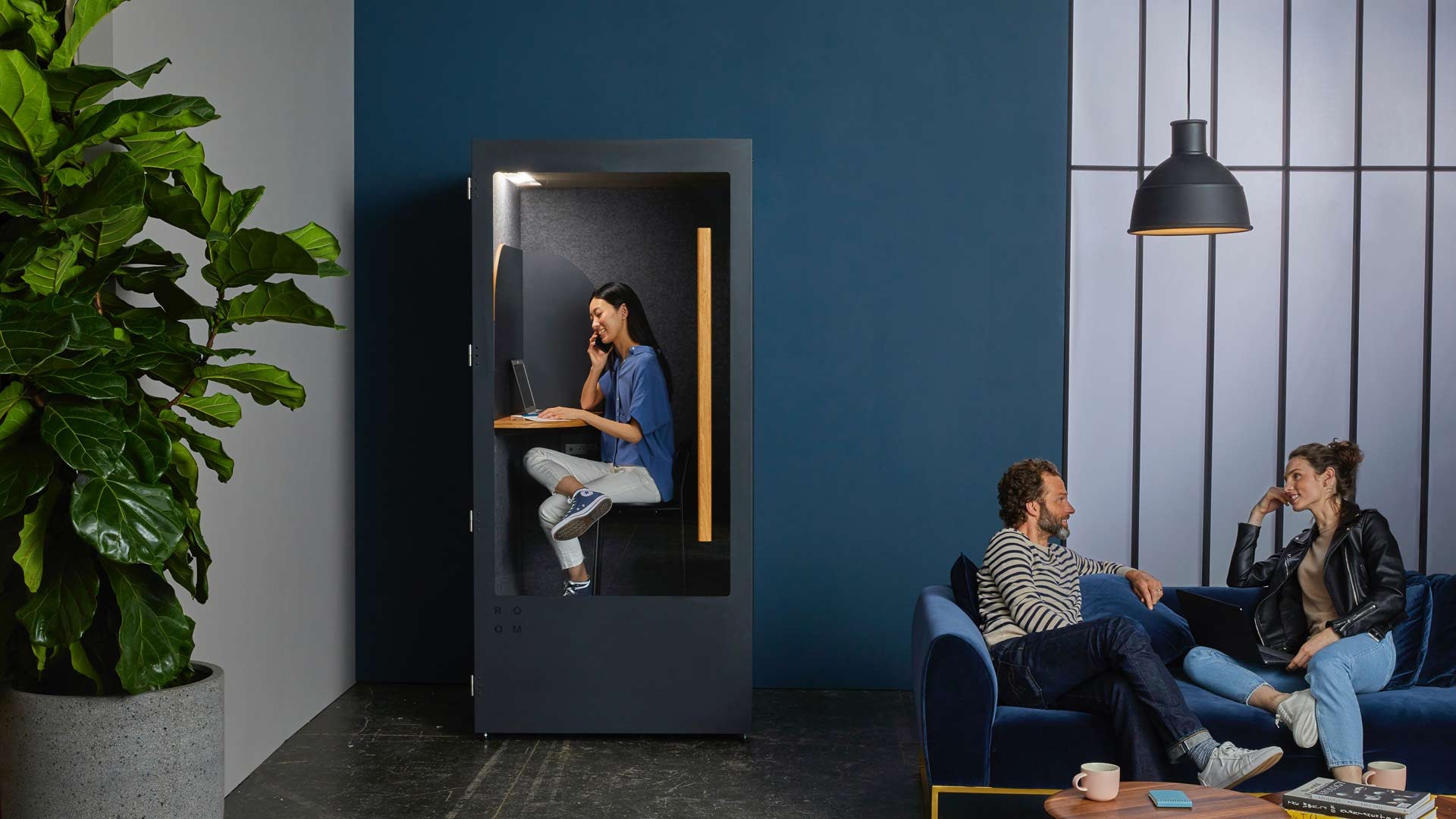 Nobody wants to work somewhere they hate. That seems pretty obvious, but in recent years it’s become more relevant to workers and management alike—people are voluntarily leaving jobs more than they have in years, and “job-hopping” is more popular among younger workers than any other generation. While the COVID-19 pandemic’s effect on the economy might mean a temporary decline in job-hopping, the experience of 2020 has also brought into starker contrast which workplaces care about their employees and which do not. So the pretty obvious conclusion is that if you want to keep the employees you have and bring in awesome new ones, culture is a big part of the answer.

That applies to more than just hiring and retaining talent, though. Your company culture also plays a huge role in bringing in new customers. Buying is often more an emotional process than a logical one, and a customer’s affinity for your brand—or lack thereof—can make the difference.

The short version is this: if anyone’s heard about your company culture, you’ve likely done at least a reasonably good job of marketing it. You might be doing it actively, by opening your doors to profilers or by sharing your inner workings through blogs, social media, and other channels. You might be doing it passively as well, simply by allowing your employees to spread the good word on your behalf. Whether you’re evangelizing for yourself or other people are doing it for you, it counts.

So let’s look at some examples of how marketing your culture works. We’ll identify two businesses that have done a good job and look at how they’ve done it, and see how that can affect your business in a positive way.

Company culture depends on buy-in. If the people at the top of the totem pole aren’t willing to do the work to make sure a positive culture thrives, it’s simply not going to happen. There’s no question of that at Zappos. The late Tony Hsieh, Zappos CEO until 2020, said “your culture is your brand,” and he’s right—and that echoes on down the org chart at Zappos.

One of the keystones of building a company’s culture is ensuring that new hires get acclimated well. The employee handbook is one tool to make that transition a lot easier. But a handbook can be more than simply a guide to the rules and regulations of a business. It can in and of itself build culture—and it can even attract new hires.

Zappos leaned into that idea with their Culture Book. Every new hire gets one, but it’s not just something that’s put together by the human resources department or the executives. Hsieh said, “of course, the Zappos culture means different things to different people, so I thought the best way for people to learn what the Zappos culture was all about was to hear from our employees directly.”

Allowing the employees themselves to have control over the handbook and make it truly representative of them grows culture. But Zappos sells it through their transparency. Obviously that’s partly driven by the simple act of making the handbook public on their website. But not only is their employee culture handbook public, it’s also not coming from the higher-ups. It’s organic. It’s natural. It’s a part of the culture itself. Seeing it tells you what it’s like to work at Zappos from the perspective of people you know you can trust, and it shows you the kinds of people you’d be working with if you joined them.

Patagonia: Practicing what you preach 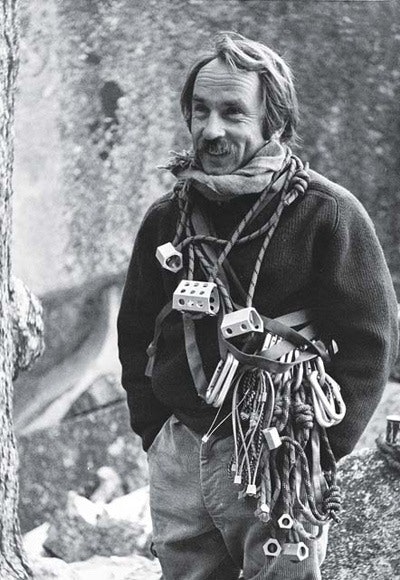 In the outdoor industry, activism isn’t necessarily uncommon. But putting your money where your mouth is still stands out.

Patagonia, an outdoor clothing manufacturer and seller, has done exactly that. They’ve long been activists, since Patagonia founder/owner Yvon Chouinard attended a 1972 City Council meeting in the company’s home of Ventura, California, and found himself drawn to get involved in an environmental dispute. But a few years ago, they transcended donating money to causes or getting hashtags to trend. They sued the President.

In late 2017, the American executive moved to drastically cut the size of two national monuments in Utah. To environmentalists, this means only that formerly protected pristine wilderness would be open to mining and drilling, which of course isn’t typically great for pristine wilderness. To Patagonia, it’s a battle they were thrilled to fight. For a lot of Patagonia’s audience, this is a home run. And it’s doubly good because it’s not manufactured—it’s a fully authentic reaction from Patagonia.

So what does this have to do with company culture? It’s a reflection of how Patagonia acts internally, and how they hire. When looking for additions to their team, Patagonia first looks for people who are outdoor enthusiasts—people who live the brand. “All the better if they have excellent qualifications for whatever job we hire them for, but we’ll often take a risk on an itinerant rock climber that we wouldn’t on a run-of-the-mill MBA,” says Chouinard. “Finding a dyed-in-the-wool businessperson to take up climbing or river running is a lot more difficult than teaching a person with a ready passion for the outdoors how to do a job.” In other words, Patagonia isn’t just selling something to us. They’re living it themselves.

And when your culture is built around outdoorsmanship and activism, there’s not much you can do that would sell it better than getting in the trenches to fight for the environment, especially when the opposition is as powerful as it is.

If there’s one obvious lesson from the examples of Zappos and Patagonia, it is that in order to be able to market your company culture, you have to have a positive one. If your product sucks, nobody wants to buy it, and the same goes for your culture.

Every company is different, therefore your culture should also be different. There’s no cookie-cutter approach or easy solution here, just getting deep into your company culture and figuring out where it is now and where it should go next. But there are a few things every business can do to improve their culture, and they’re clear from the examples we’ve already looked at.

No employee will buy into a business’ claimed culture unless leadership lives it too. Rose Marcario, Patagonia’s current chief executive officer, is deeply involved in the Bears Ears National Monument lawsuit, just as Yvon Chouinard was when development threatened one of his favorite surf breaks. If leadership is exempt from your organization’s core values, the values are hollow—and, frankly, so are your leaders.

Because of that, developing new leaders—and the ones you already have—is a critical part of raising up your company culture. Help the people at the top of your organization get better at inhabiting your culture and they’ll bring the rest of your team along with them.

Put the wellness of your team first

We all work hard. But all work and no play makes it hard to do good work, and after a while it’ll make it impossible. Everyone needs to feel happy, healthy, and whole to be able to contribute to the team, so it’s important to support the emotional and physical health of your team. This is, of course, more important now than ever before, as the fears of pandemic and the strain of a year or more of working remotely take their toll on all of us.

Part of this falls somewhat outside the purview of culture—whether or not you provide the benefits to allow for healthy living is related, but having a positive culture doesn’t magically lower your copay. What culture can do, though, is provide an atmosphere in which your employees can feel comfortable pursuing their health and wellness. Provide fun diversions, like Zappos’ eating competitions and talent shows, that allow coworkers to become friends. Allow people to take a break to climb a mountain or hike in the wilderness, like Patagonia. Don’t pressure your team to be always-available, never-off drones. Let them be them.

Burnt-out employees help nobody. Keep your team happy, or suffer the consequences.

Show the world who you really are

One of the most important things is to ensure that everything around your culture is authentic. Don’t try to convince the people you work with that your environment is something that it isn’t, and don’t portray your culture untruthfully to the world. First of all, everyone will know—it’s pretty easy for an outside observer to tell, and to those on the inside, it’s obvious.

But more importantly, if you’re lying (to the world and, maybe, to yourself) about your culture, it means you need a change. Audit your company culture. Figure out what’s wrong with it, and what’s right, and where you should take it. To market your culture to potential clients and employees alike, you need to have something they’ll want to be a part of. So make sure that when your culture comes under the microscope it’s not just something you’re comfortable with people seeing. It should be something you’re proud to share.