How Johnny Cupcakes Built His Brand

The T-shirt was supposed to be a joke. Johnny Earle had received a number of “Johnny” nicknames at Newbury Records and “Cupcakes” stuck. When it came time to order shirts for his hardcore metal band he decided he’d get a few with a cupcake design. But when he wore one to work, everyone wanted one!

Johnny’s discovery of the demand for some different spins on cupcake designs – the signature one being the cupcake and crossbones – might have been accidental, but his determination to succeed as an entrepreneur and his fearless attitude are what have turned him into a T-shirt icon.

At our Go Inbound Marketing conference, Johnny shared his inspiring story with nearly 500 marketers from enterprises and agencies across the Midwest. Let’s take a closer look at what makes Johnny tick, why he refused to be afraid of failure, and how he built the Johnny Cupcakes brand to where it is today. 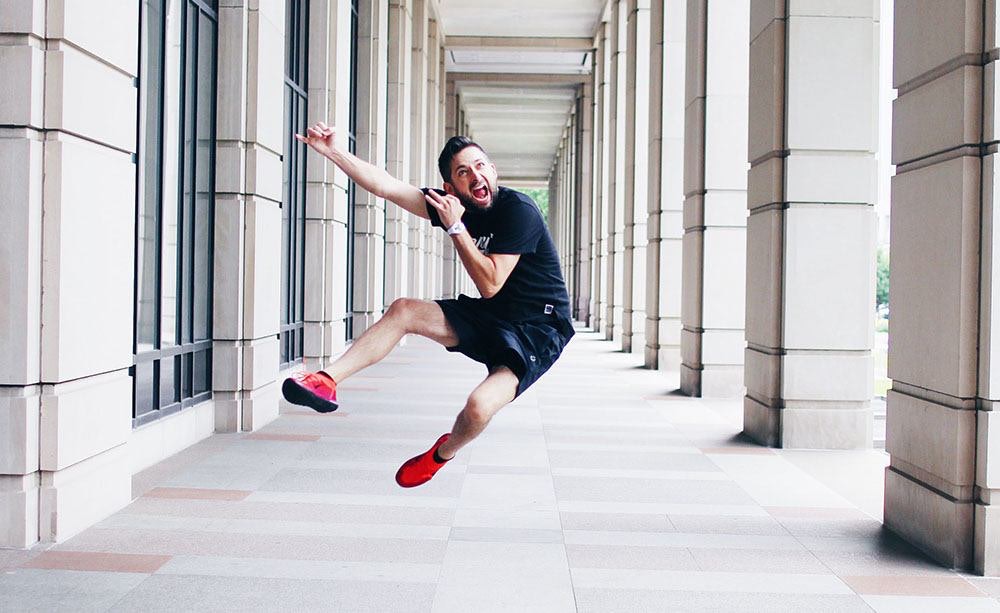 Don’t get haunted by the “what-ifs?”

As a boy, Johnny observed how draining the daily commute could be for his family. He was motivated to live differently. He was “determined to figure it out” as he explored his knack for always coming up with a new business idea. He’d started 16 businesses by the age of 16!

He got into magic at the age of 8. Billed in the newspaper as “Johnny the Magic Boy,” he was dropped off at people’s houses and paid $20 for a 30-minute performance at birthday parties.

"I was fascinated by the way that I could get paid doing something that made me happy and made other people happy. It felt like magic in and of itself."

Among Johnny’s litany of other jobs were selling whoopee cushions, candy (where he managed to make more money than his school’s store) and tupperware. He cut back on playing video games and watching television so he had more time to focus on his business pursuits. While his friends were going out, Johnny was putting effort into finding his true passion.

"By not going out every weekend, I was saving so much money. Even though many of (these businesses) failed, I was able to figure out what I was passionate about."

Have you ever been haunted by the “what-ifs” because you never take the time to explore different opportunities? And then you regret those that slip by, right? I can relate. Johnny can’t. He stayed positive and explored a variety of different interests, even how to make scarves.

The joke that became a gold mine

Johnny Appleseed. Johnny Come Lately. Johnny "Cupcakes" was the nickname that stuck, so he decided to own it. “Johnny Cupcakes came out of nowhere. I put it on a T-shirt as a joke. It made so many people curious that people began wanting to purchase some of them.”

In the early days, Johnny sold T-shirts out of the trunk of his ‘89 Camry and then out of his suitcase as he traveled with his band On Broken Wings. As the shirts grew in popularity, he started replacing common objects with cupcakes – poking fun at pop culture while coming up with new creative designs. Today customers sleep on the streets for two weeks waiting for limited edition T-shirts.

"Now, more than ever, people have to find out a way to think differently and find ways to get people talking about your brand."

“In every workforce, creative thinking must be applied”

Thinking differently has led Johnny to all kinds of unusual ways to get people talking. His stores look like bakeries down to details like the smell of vanilla frosting. Ever the prankster, Johnny enjoys tricking hungry people who think they’re about to buy real cupcakes. Most people love the unique creativity of Johnny Cupcakes stores, although some get miffed when they find out it’s T-shirts rather than cupcakes on the menu.

Johnny has also returned to his suit-case selling roots with a national tour of setting up one-day pop-up shops in different cities. He’s also brought in new customers through T-shirt collaborations with well-known brands like Looney Tunes and Warner Bros.

For Johnny’s brand, the experience can range from interactions with costumed characters featured on the T-shirts to Johnny jumping out of a coffin for the release of Halloween-themed shirts. Channeling the undead might be a bit bonkers for you or your brand. But, how can you ramp up your customer’s experience in a way that is uniquely you?

Johnny’s number one goal has always been to make people feel like it’s their birthday when they get one of his T-shirts. Packaging plays a big roll (see what I did there?) through the brand’s signature pastry boxes.

"Good packaging does not get thrown away. What it does is serve as a miniature billboard. If we saved money on packaging, our customers would not feel like it’s their birthday when they get their shirt in the mail."

Whether it’s unique packaging, outrageous events or hand-written notes to top customers, Johnny takes loyalty seriously – insisting that “you’re going to get brand loyalty by being loyal to your customers.”

"I started doing community events all over the place to give my brand a Willy Wonka feel. It’s not that much money to pay it forward to the people that really support your company."

When you get a Johnny Cupcakes T-shirt, not only do you get the cool pastry box but also an additional item inside that could be anything from a New Kids on the Block collector’s card to a doll’s head. These small touches help to personalize the experience – giving you something to keep and remember. How would your customers or clients respond if you went over and above for them?

Johnny insists he’s not a superhero and that luck had nothing to do with his success. Rather, “real success is being happy doing what you love.”

Derek Smith's skills as a reporter serve him well as a senior writer here at Element Three—and if you need a coach for your soccer team, he's got you covered. He's worked as a content strategist as well as a copywriter, so he's always thinking about the why behind every word and every piece of every campaign.

5 Companies with Core Values that Stand Above the Rest

Why Brand Matters for B2B Marketers—And How to Market It

Brand Experience Is More Than Just a Logo