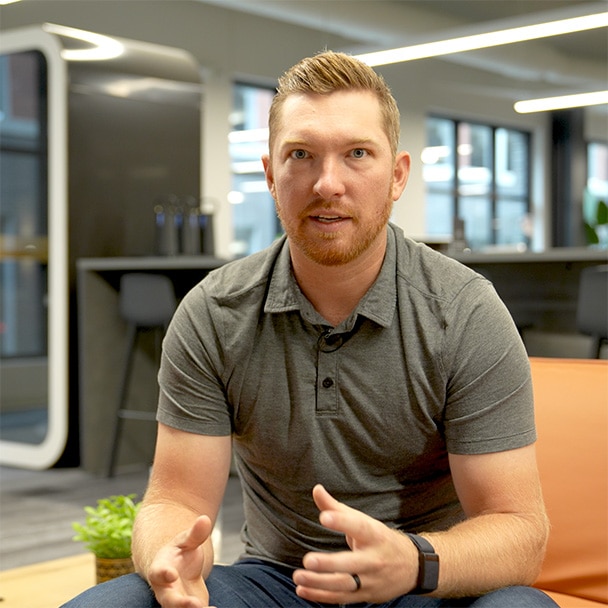 First is really what is the cost of getting this wrong? And if this is low, then really launch the thing and move on. But if this is something that has material impact on your business and the cost of getting this wrong is really high, it could have a financial impact. This is a place where you should really take a step back and consider how can I de-risk this decision that I’m making and really give myself a better chance to get this right.

So, Jim Collins talks about shooting bullets instead of cannonballs and the concept means you use a little bit of gunpowder when you’re shooting a bullet and it gives you a chance to really kind of recalibrate your aim and your chances of getting this right before instead of shooting a cannonball, which takes a ton of gunpowder, a ton of resources, and you really get like one shot. So consider, how can I shoot a bullet to really make sure I get this right and test the the approach that I’m taking.

The next is where do you fall on the spectrum of gut to guaranteed? And if you’re making a big decision and you’re really informing it by way of your gut and your instincts, maybe you’re comfortable with that or maybe you recognize that and you have an opportunity to do a little bit of research, to find a little bit more evidence that the decision you’re going to make is really moving you further on the spectrum toward guarantee. Now, nothing’s guaranteed, but what can you do to recognize you’re making a gut decision that really could be risky?

So if you’re making a big decision that you really got one chance to get it right, like your brand, speed may not be your best friend in this equation. I mentioned media. Say you’re approaching your next year and you’ve decided that you’re going to make a material change in your media spend. You’re going to go from six to seven figures in media spend.

How can you approach de-risking that decision and how can you take one month
of the year or 1/10 of that budget and spend a ton of time testing messaging variation, creative variation, so that you’re really getting yourself closer to the expected performance when you’ve made that decision to increase your media spend and de-risking this cost of getting it wrong. So that’s one example.

I mentioned if you’re making a hire, something that I like to do in making a hire, especially for someone like a specialist, is really look for a contractor. Is there someone that you could contract for a while to make sure that this is a role that you actually need?

And the thing that I like best about this is it forces you to define what you need out of that role. So in order to hire a contractor, you’ve got to set expectations, really clarify the ask. Getting hires wrong costs a ton. Last is say you’re making a big brand decision or taking a new product to market, and that requires some very specific messaging. Are you really informing that by your gut or could you take a step back and do some research?

There’s ways to do research that don’t have to cost hundreds of thousands of dollars. They could be from surveys or talking to your customers or prospects that could really help you fine tune some of that messaging so that you de-risk the potential of taking something to market that does not land on your intended audience the way that you expected it to.

So hopefully this helps in making some key decisions and managing
risk in your business moving forward.

Key Planning Considerations Ahead of 2023