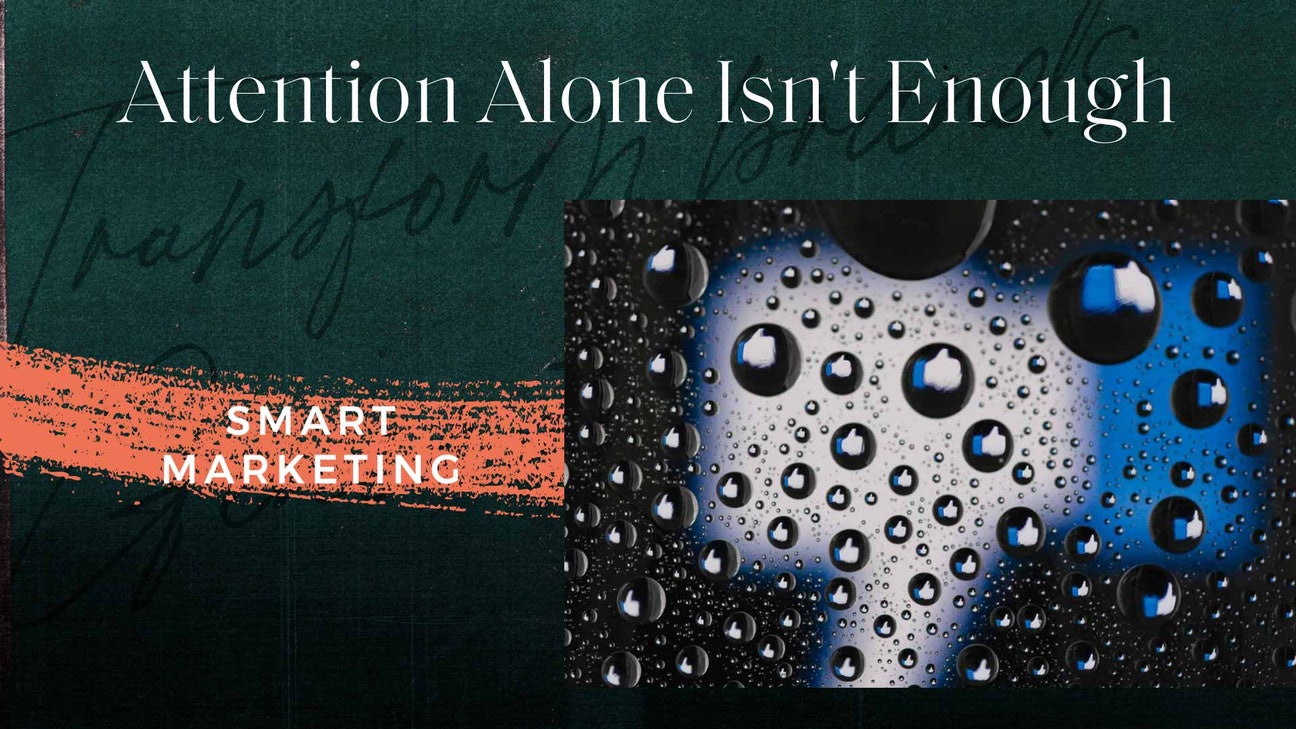 Every marketer wants to do awesome work. It’s what we set out to do when we get up in the morning. But creating an inspiring, beautiful, amazing advertisement isn’t easy. It takes a ton of work, and it can be easy to fall in love with an idea that maybe isn’t all that great.

Sometimes, as marketers, we decide that attention is the only thing that really matters. As long as people are looking at our work and come away remembering it, that’s a success, right? “All publicity is good publicity.” Well, I’m not so sure about that. I think that creating marketing that actively tries to annoy people isn’t as effective as that old axiom suggests, and I’ll give you a couple of reasons why.

An unpleasant brand identity is less likely to garner loyalty.

One of my favorite books about marketing is “Hey Whipple, Squeeze This” by Luke Sullivan, who’s worked in the field for decades. The title—and presumably, the idea for the book—come from an old Charmin ad Sullivan particularly hated growing up. The ads weren’t failures, but for years people associated that brand with irritating ads.

If you watch television today, you’ll see similar ads. Obviously personal taste plays a big role in whether you think an ad like this works or not; everyone isn’t necessarily going to agree. But where Mr. Sullivan’s personal advertising nemesis was Mr. Whipple, mine is Progressive’s Flo. It’s not really her, honestly—it’s more the tone of the ads. For example, I see this commercial pretty much every time I watch something on Hulu.

In terms of craft, it’s a well-done commercial. The characters are well defined. The premise is clear, and nowadays the struggles of remote meetings are basically as ubiquitous as the guy who microwaves fish in the office kitchen in terms of work gripes. The problem is that what you’re seeing isn’t something you like. I don’t really want to relive an awkward Zoom call when I’m trying to bingewatch Seinfeld. The characters aren’t particularly likable, and they definitely don’t make me want to go through the hassle of changing my insurance.

If you’re in love with the idea of irritating people into buying your product, then that’s okay, I guess. But the landscape today is very different from the landscape of the 70s or 80s. We all have remote controls, and are more than willing to use them in anger. If an ad is annoying, it gets muted. The channel gets changed. You get ignored. At this point, frankly, with widespread use of DVRs and streaming, you’re lucky if a TV ad gets seen at all.

And the philosophy of avoiding ads at all costs pervades our consumption culture now. Radio stations go to commercial and you change the channel. An ad pops up in a magazine, and you flip past it immediately. Emails get deleted if they don’t catch your attention instantly. Banner ads get overlooked, or adblocked. And that’s all because of the irritating, annoying, hateful ones. If your business is lucky enough to get through that gauntlet of avoidance, it had better be good—or you will have really made someone mad.

If you’re not already a market leader, you’re probably making your first impression.

And guess what? It’s awful. You only have one shot to make a first impression and if you blow it, that can affect potential customers’ opinions of your business for a long time.

Take Venmo, for example. The first time I ever heard of it—years ago, before it became basically the Kleenex of money exchange apps—was in this Fast Company interview with the subject of a widely derided New York City subway ad campaign. Nobody who saw the ads seemed to have any idea what the heck they were advertising. Fast Company said “The ads have created more confusion than awareness,” and even worse, people hated them. They got vandalized (okay, most subway ads do, but these seem to get the treatment more than most) and social media was full of complaints and vitriol. Poor Lucas (who’s a real person, by the way!). Nobody seemed to like him, but it’s not his fault.

The campaign got a lot of attention, but mostly exasperated and annoyed attention. For people who don’t already use the Venmo app, is this really a good way to get attention? To creep them out and confuse them? Probably not. And there’s a very good chance that even now, when those people hear the name of the company or see its logo, they still think of that exasperation and confusion—not of a good product or service.

This comes up a lot with startups—again, that “all publicity is good publicity” axiom. You want to get your name out there, and you might not care how you do it. But the story of the business that overcomes an early brand misstep to become a power in the marketplace is the exception, not the rule. It’s a hard world out there, and stepping on a rake the moment you leave home is a bad way to start that journey.

Being hated is no fun—and it’s not profitable.

Everything you do can’t be the greatest thing in the world, and that’s fine. Every commercial can’t be Apple’s “1984,” or the Volkswagen print series from the 60s. They don’t need to be. If what you’re doing is directed at the right audience, and talks to them in the way they want to hear, you’ll do fine even if you won’t necessarily come home with a pile of trophies.

But when you’re deciding between going for great and being terrible for attention, please make the right choice. Aim for the stars, because even if you miss, at least people won’t hate you.

Preparations for Onboarding a Marketing Partner

Hiring a Marketing Partner? Here’s Why Industry Experience Shouldn’t Be a Deal Breaker

What Does Campaign Testing Mean in Marketing?