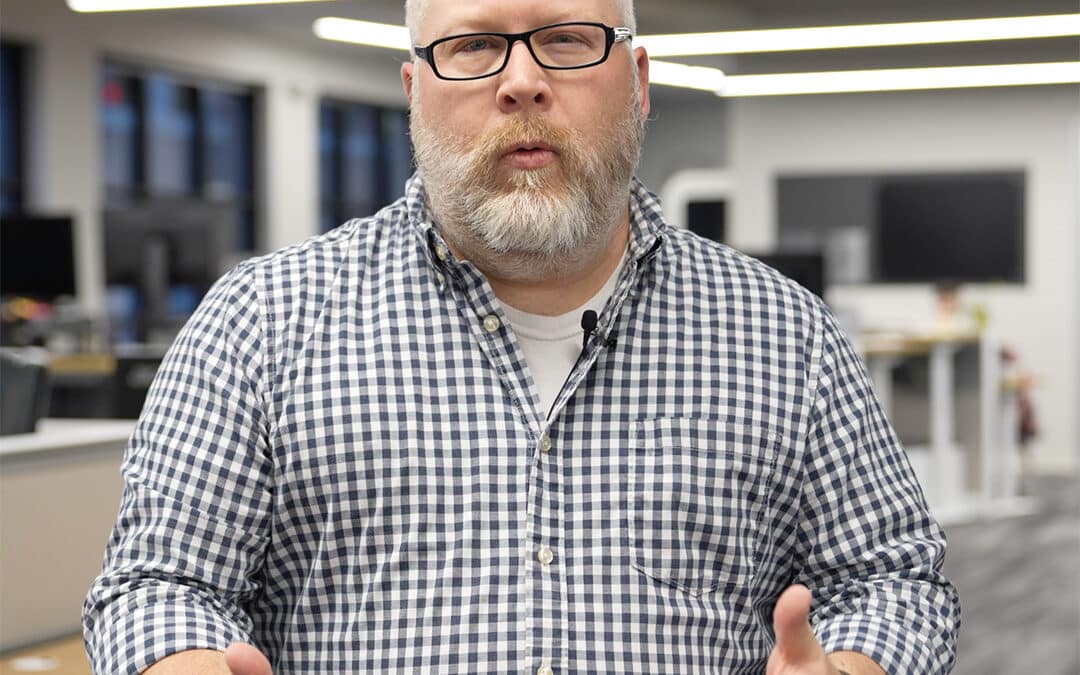 How to Have Confidence in a

What do you do when your marketing team comes to you and has the great new idea? As an executive, where do you find confidence in turning over budget, resources, timing to let your team experiment when they come up with a new idea? It’s actually a lot simpler than you think.

Your marketing team is likely doing things that breed success into the tactics and the channels that you already use today. For instance, they’re likely coming up with campaign concepts and themes to unify a message or a product service or some type of promotion that they’re wanting to run. They’re likely using messages, visuals, things that you’ve already built within your brand that support the framework of what you do and why you do it.

They’re using planning to understand sequencing. We’re going to send an email. We’re going to send an ad. We know the type of things that are going to happen and what asset it’s supposed to do what, right. This email is going to drive people to the landing page. The landing page is ready to convert. And now all of a sudden, they want to try a new tactic or a new channel, whether it’s social or influencer marketing or affiliate networks or PR, whatever it might be.

If it’s something new, you should have confidence as an executive to say yes when you know that they’re going to follow the pattern of success that has worked for your other channels.

The reason why this is important is that as marketing continues to evolve, as our technology continues to evolve, there’s new channels, there’s new opportunities coming out all the time. Sometimes it’s important to be first. It’s important not to be last on an
opportunity where your audience could be, but you’re never going to say, “Let’s just go do a new campaign and an entirely new tactic that’s not attached to anything else.” I mean, maybe you will. That’s probably not going to give you a lot of confidence. That’s going to have a lot of risk attached to it.

However, if you’re using those new tactics and channels and pulling them into things that you’re already doing successfully, you’re going to be able to test them against the things that are also breeding success for your company and your marketing channels. You’re going to be able to compare them against those in a real-time environment, and you’re going to have a degree of confidence that, well, we know that our visuals, our messaging, our planning, our assets, our calls to action are what is necessary to make a campaign successful.

So when we add these new tactics, then we can guarantee that they’re going to be at least judged in an environment where they’re stacked up against things, and we’re not going to lose complete ability to understand our ROI. We know we’re going to have some success attached to it, and we can measure that new tactic or new channel within that same ecosphere.

A couple examples come to mind with a few years back when Facebook launched canvas ads. They were a new concept that everybody was talking about. Well, there’s these different things canvas ads and then carousel ads came after that.

How do we use this in our marketing? Well, we didn’t just go run a Facebook Carousel ad campaign or an Instagram new ad format campaign. We blended them in with things like year end promotions or model year promotions.

Even in an industry that might be a little staid where you’re not doing a lot of, let’s say for instance, social media, and suddenly you’re like, “We really think we need to be in social. We don’t know if the audience is there.”

We don’t just go invent a new social campaign out of the blue. We couch it with our quarterly campaigns where we’re focusing on a specific white paper that we want to promote or an idea or a product that’s being promoted with new landing pages, new content on the website, videos, emails, Google ad campaigns. And now we can pull that organic social media and test how that’s going to work in the scope of that campaign.

The good news about that is that it gets to use the assets, the thought leadership, the things that have already been created to make the original campaign itself successful. You’re just adding a new outreach tactic and seeing if it will be effective in reaching your marketplace.

Key Planning Considerations Ahead of 2023