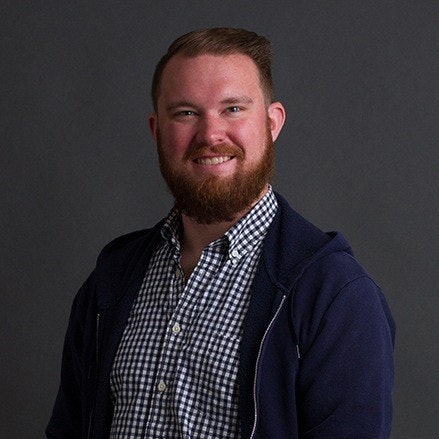 If you’d asked a young Thomas what he’d be doing when he grew up, he probably would have told you he’d be playing second base for the New York Mets. That didn’t end up happening, but we’re all pretty glad that he ended up a part of the Element Three team instead.

After excelling in high school, Thomas attended Indiana University as a Wells Scholar, where he studied journalism and political science. Law school was to be next, but a change of course came instead. After graduation, Thomas spent some time freelancing and a year working for USA Track and Field. But it always seemed inevitable that writing would take over again, and when Thomas found Element Three, the fit was natural.

Thomas is a lifelong resident of Indianapolis and will talk up the city to anyone who will listen. He currently lives in Carmel with his brother, and you might find him leading chants at an Indy Eleven game, or watching the Mets, IU basketball, or Arsenal at any number of Indy’s finest pubs. Oh, and he scratches that baseball itch by playing for Element Three’s kickball team—center field though, not second base.

Marketing Is a Practice, Not a Process

What Is Digital Transformation and Why Does It Matter?